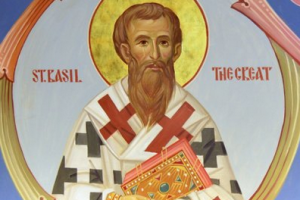 22 Who is the liar but he who denies that Jesus is the Christ? This is the antichrist, he who denies the Father and the Son. 23 No one who denies the Son has the Father. He who confesses the Son has the Father also. 24 Let what you heard from the beginning abide in you. If what you heard from the beginning abides in you, then you will abide in the Son and in the Father. 25 And this is what he has promised us, eternal life. 26 I write this to you about those who would deceive you; 27 but the anointing which you received from him abides in you, and you have no need that any one should teach you; as his anointing teaches you about everything, and is true, and is no lie, just as it has taught you, abide in him. 28 And now, little children, abide in him, so that when he appears we may have confidence and not shrink from him in shame at his coming.

4 But when the time had fully come, God sent forth his Son, born of woman, born under the law, 5 to redeem those who were under the law, so that we might receive adoption as sons. 6 And because you are sons, God has sent the Spirit of his Son into our hearts, crying, “Abba! Father!” 7 So through God you are no longer a slave but a son, and if a son then an heir.

19 And this is the testimony of John, when the Jews sent priests and Levites from Jerusalem to ask him, “Who are you?” 20 He confessed, he did not deny, but confessed, “I am not the Christ.” 21 And they asked him, “What then? Are you Elijah?” He said, “I am not.” “Are you the prophet?” And he answered, “No.” 22 They said to him then, “Who are you? Let us have an answer for those who sent us. What do you say about yourself?” 23 He said, “I am the voice of one crying in the wilderness, `Make straight the way of the Lord,’ as the prophet Isaiah said.” 24 Now they had been sent from the Pharisees. 25 They asked him, “Then why are you baptizing, if you are neither the Christ, nor Elijah, nor the prophet?” 26 John answered them, “I baptize with water; but among you stands one whom you do not know, 27 even he who comes after me, the thong of whose sandal I am not worthy to untie.” 28 This took place in Bethany beyond the Jordan, where John was baptizing.