Saturday of the 24th Week of Ordinary Time 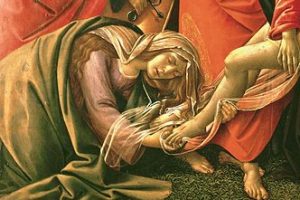 35 But some one will ask, “How are the dead raised? With what kind of body do they come?” 36 You foolish man! What you sow does not come to life unless it dies. 37 And what you sow is not the body which is to be, but a bare kernel, perhaps of wheat or of some other grain. 42 So is it with the resurrection of the dead. What is sown is perishable, what is raised is imperishable. 43 It is sown in dishonor, it is raised in glory. It is sown in weakness, it is raised in power. 44 It is sown a physical body, it is raised a spiritual body. If there is a physical body, there is also a spiritual body. 45 Thus it is written, “The first man Adam became a living being”; the last Adam became a life-giving spirit. 46 But it is not the spiritual which is first but the physical, and then the spiritual. 47 The first man was from the earth, a man of dust; the second man is from heaven. 48 As was the man of dust, so are those who are of the dust; and as is the man of heaven, so are those who are of heaven. 49 Just as we have borne the image of the man of dust, we shall also bear the image of the man of heaven.

9 Then my enemies will be turned back in the day when I call. This I know, that God is for me. 10 In God, whose word I praise, in the LORD, whose word I praise, 11 in God I trust without a fear. What can man do to me? 12 My vows to thee I must perform, O God; I will render thank offerings to thee. 13 For thou hast delivered my soul from death, yea, my feet from falling, that I may walk before God in the light of life.

4 And when a great crowd came together and people from town after town came to him, he said in a parable: 5 “A sower went out to sow his seed; and as he sowed, some fell along the path, and was trodden under foot, and the birds of the air devoured it. 6 And some fell on the rock; and as it grew up, it withered away, because it had no moisture. 7 And some fell among thorns; and the thorns grew with it and choked it. 8 And some fell into good soil and grew, and yielded a hundredfold.” As he said this, he called out, “He who has ears to hear, let him hear.” 9 And when his disciples asked him what this parable meant, 10 he said, “To you it has been given to know the secrets of the kingdom of God; but for others they are in parables, so that seeing they may not see, and hearing they may not understand. 11 Now the parable is this: The seed is the word of God. 12 The ones along the path are those who have heard; then the devil comes and takes away the word from their hearts, that they may not believe and be saved. 13 And the ones on the rock are those who, when they hear the word, receive it with joy; but these have no root, they believe for a while and in time of temptation fall away. 14 And as for what fell among the thorns, they are those who hear, but as they go on their way they are choked by the cares and riches and pleasures of life, and their fruit does not mature. 15 And as for that in the good soil, they are those who, hearing the word, hold it fast in an honest and good heart, and bring forth fruit with patience.”

Reflection for the day: What do You wish, Oh Jesus? My life? It is Yours…..I have already offered it to You. Would You be pleased if I offered it as a victim, in reparation for my sins, and those of all sinners? If I had a hundred lives, I would give every one of them to You!” — St. Gemma Galgani