Thursday of the 6th Week in Ordinary Time 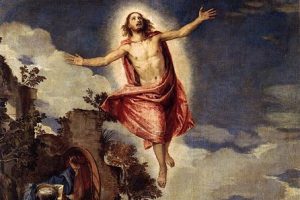 1 My brethren, show no partiality as you hold the faith of our Lord Jesus Christ, the Lord of glory. 2 For if a man with gold rings and in fine clothing comes into your assembly, and a poor man in shabby clothing also comes in, 3 and you pay attention to the one who wears the fine clothing and say, “Have a seat here, please,” while you say to the poor man, “Stand there,” or, “Sit at my feet,” 4 have you not made distinctions among yourselves, and become judges with evil thoughts? 5 Listen, my beloved brethren. Has not God chosen those who are poor in the world to be rich in faith and heirs of the kingdom which he has promised to those who love him? 6 But you have dishonored the poor man. Is it not the rich who oppress you, is it not they who drag you into court? 7 Is it not they who blaspheme that honorable name which was invoked over you? 8 If you really fulfil the royal law, according to the scripture, “You shall love your neighbor as yourself,” you do well. 9 But if you show partiality, you commit sin, and are convicted by the law as transgressors.

1 I will bless the LORD at all times; his praise shall continually be in my mouth. 2 My soul makes its boast in the LORD; let the afflicted hear and be glad. 3 O magnify the LORD with me, and let us exalt his name together! 4 I sought the LORD, and he answered me, and delivered me from all my fears. 5 Look to him, and be radiant; so your faces shall never be ashamed. 6 This poor man cried, and the LORD heard him, and saved him out of all his troubles.

27 And Jesus went on with his disciples, to the villages of Caesare’a Philip’pi; and on the way he asked his disciples, “Who do men say that I am?” 28 And they told him, “John the Baptist; and others say, Eli’jah; and others one of the prophets.” 29 And he asked them, “But who do you say that I am?” Peter answered him, “You are the Christ.” 30 And he charged them to tell no one about him. 31 And he began to teach them that the Son of man must suffer many things, and be rejected by the elders and the chief priests and the scribes, and be killed, and after three days rise again. 32 And he said this plainly. And Peter took him, and began to rebuke him. 33 But turning and seeing his disciples, he rebuked Peter, and said, “Get behind me, Satan! For you are not on the side of God, but of men.”

Reflection for the day: “God has no need of your money, but the poor have. You give it to the poor, and God receives it.” — Saint Augustin