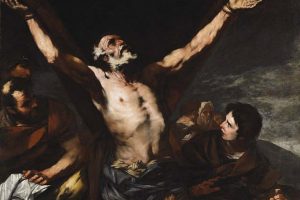 9 Because, if you confess with your lips that Jesus is Lord and believe in your heart that God raised him from the dead, you will be saved. 10 For man believes with his heart and so is justified, and he confesses with his lips and so is saved. 11 The scripture says, “No one who believes in him will be put to shame.” 12 For there is no distinction between Jew and Greek; the same Lord is Lord of all and bestows his riches upon all who call upon him. 13 For, “every one who calls upon the name of the Lord will be saved.” 14 But how are men to call upon him in whom they have not believed? And how are they to believe in him of whom they have never heard? And how are they to hear without a preacher? 15 And how can men preach unless they are sent? As it is written, “How beautiful are the feet of those who preach good news!” 16 But they have not all obeyed the gospel; for Isaiah says, “Lord, who has believed what he has heard from us?” 17 So faith comes from what is heard, and what is heard comes by the preaching of Christ. 18 But I ask, have they not heard? Indeed they have; for “Their voice has gone out to all the earth, and their words to the ends of the world.”

3 Grace to you and peace from God our Father and the Lord Jesus Christ. 4 I give thanks to God always for you because of the grace of God which was given you in Christ Jesus, 5 that in every way you were enriched in him with all speech and all knowledge — 6 even as the testimony to Christ was confirmed among you — 7 so that you are not lacking in any spiritual gift, as you wait for the revealing of our Lord Jesus Christ; 8 who will sustain you to the end, guiltless in the day of our Lord Jesus Christ. 9 God is faithful, by whom you were called into the fellowship of his Son, Jesus Christ our Lord.

18 As he walked by the Sea of Galilee, he saw two brothers, Simon who is called Peter and Andrew his brother, casting a net into the sea; for they were fishermen. 19 And he said to them, “Follow me, and I will make you fishers of men.” 20 Immediately they left their nets and followed him. 21 And going on from there he saw two other brothers, James the son of Zeb’edee and John his brother, in the boat with Zeb’edee their father, mending their nets, and he called them. 22 Immediately they left the boat and their father, and followed him.

Reflection for the day: “Remember the past with gratitude. Live the present with enthusiasm. Look forward to the future with confidence.” – St. John Paul II