Saturday of the 21st Week in Ordinary Time 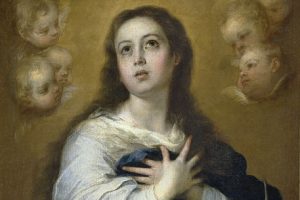 9 But concerning love of the brethren you have no need to have any one write to you, for you yourselves have been taught by God to love one another; 10 and indeed you do love all the brethren throughout Macedo’nia. But we exhort you, brethren, to do so more and more, 11 to aspire to live quietly, to mind your own affairs, and to work with your hands, as we charged you;

1 O sing to the LORD a new song, for he has done marvelous things! His right hand and his holy arm have gotten him victory. 7 Let the sea roar, and all that fills it; the world and those who dwell in it! 8 Let the floods clap their hands; let the hills sing for joy together 9 before the LORD, for he comes to judge the earth. He will judge the world with righteousness, and the peoples with equity.

Reflection for the day: “Accustom yourself continually to make many acts of love, for they enkindle and melt the soul.” — St. Teresa