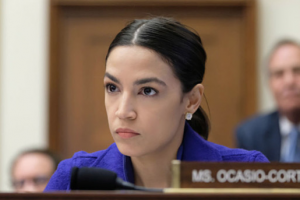 Catholic business professionals are not politicians, and yet we (and our businesses, principles of Faith and livlihoods) are on the front lines of most politically-motivated law or issue.  Increasingly these issues seem to be pointing to Capitalism vs. Socialism, a topic about which several popes through the ages have issued brilliantly addressed encyclicals.  We need to understand these issues clearly.  Here is an article that clarify distinctions about Capitalism vs. Socialism, from a perspective of human nature, common sense, Faith principles and in the context of current events and issues. Well worth reading the entire piece.—ed.

Crisis—I do my best to avoid The New York Times. Truly, I try not to read it. Doing so invariably ruins my day and wastes my time. It not only frustrates me but pains me. On countless thousands of occasions I’ve found myself reading a Times piece that leaves me barking at the page about something utterly crucial that was magically excluded from the piece in order to advance whatever flawed thesis was being forwarded in the name of some left-wing position. It’s maddening.

This happened again when a friend this week sent me a widely circulated op-ed piece from last weekend’s Times, titled, “Can We Please Relax About ‘Socialism?’” It was written by David Bentley Hart, who—and this particularly caught my eye and prompted me to write here—is a scholar of religion and (according to the tagline) “an affiliated scholar of the Notre Dame Institute for Advanced Study.”

Ironically, I just spoke at Notre Dame, where I lectured on the differences and confusion regarding what is “socialism,” what is “democratic socialism,” what is communism, Marxism, etc. Above all, I laid out what the Catholic Church has said about these things. Drawing the necessary distinctions is never easy, as they are constantly blurred by the very people advancing the terms and telling us that those who are concerned about socialism and communism are the big problem. Socialism and communism aren’t the problem, you see—it’s the anti-socialists and anti-communists who are the menace.

Dr. Hart, in his defense, was raised under what he refers to as a “British variant” of socialism, which he defines as “exemplified by F.D. Maurice, John Ruskin, William Morris, R.H. Tawney and many other luminaries (including, in his judiciously remote way, C.S. Lewis).”

I would unequivocally object to putting Lewis in any such category. (Lewis was a critic of progressivism, let alone socialism and Marxism.) As for British “socialism,” well, which variant—and how far back? How about the Fabian Society type, the H.G. Wells variant, the George Bernard Shaw slop, or the Labour Party’s 1918 Clause IV-style that called for “common ownership of the means of production,” which Tony Blair repudiated in 1995? What about the disastrous Attlee administration that nationalized everything under the English skyline between 1945-51 (much of which Margaret Thatcher mercifully de-nationalized)? Even today’s Labour Party, long the home to… Read More>>