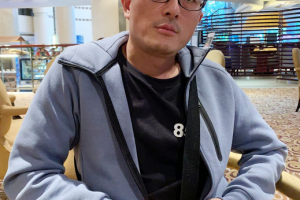 ‘Their Goal Is to Make You Feel Helpless’: In Xi’s China, Little Room for Dissent

WSJ—After one man was snatched off the street for tracking protests online, he spent four years in custody and remains under close police watch.

On a summer day in 2016, a posse of men surrounded Lu Yuyu on a street in China’s southwestern city of Dali. He said they wrestled him into a black sedan and slid a shroud over his head. His girlfriend was pushed into a second car, screaming his name.

Mr. Lu had for years posted a running online tally of protests and demonstrations in China that was closely read by activists and academics around the world, as well as by government censors. That made him a target.

While China’s Communist Party has long punished people seen as threats to its rule, government authorities under Chinese leader Xi Jinping have engaged in the most relentless pursuit of dissenters since the crackdown on the 1989 Tiananmen Square pro-democracy protests, according to academics and activists.

“Over the past eight years under Xi, authorities have become hypersensitive to the publicizing of protests, social movements and mass resistance,” said Wu Qiang, a former politics lecturer at Beijing’s Tsinghua University.

“Lu’s data provided a window into social trends in China,” Mr. Wu said, and that made him a threat to the party. China Labour Bulletin, a Hong Kong-based group that promotes worker rights, used Mr. Lu’s posts as the primary source for its … Read full story here (well worth it!)