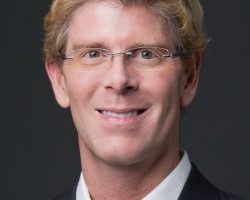 Jay Richards and The Dignity of Work in our Technological Age

Jay Richards, a prolific author and a research assistant professor at the Busch School of Business at Catholic University of America, dealt with uniquely 21st century aspects of work, as he spoke to the situation of the human worker in an increasingly technological world during the week-long Napa Institute Conference in Washington DC recently. The conference was held in conjunction with the Busch School of Business at the Catholic University of America and gathered a diverse spectrum of speakers and panelists who considered various aspects of the conference theme: The Dignity of Work

In Jay Richards’ talk — which he dubbed the “lecture” part of the conference because of its emphasis on science and technology — Richards argued against the idea that technology fundamentally abolishes the need for human work. He also reminded his audience that the goal of work should never be to abolish the need for work. Following up on ideas which Carly Fiorina had discussed earlier that day, Richards invoked Pope St. John Paul II to remind us that work is a good thing for man because it transforms nature and makes man more truly human: in transforming, he is transformed.

The “age of smart machines” is coming — not inevitably, perhaps — but neither should we as Catholics resist it. The task at hand, said Richards, is to make ourselves well-suited to the increasing digitization of labor.

And in fact, said Richards, the age of hyper-connectivity is a great good. We tend to notice the costs of technology, but we often overlook the benefits:

As Dr. Max Torres highlighted in a talk the following day, technological innovation multiplies the need and opportunity for human involvement and ethical workers. Opportunities for dignified and dignifying work are increased with technology, not decreased.

The wide array of speakers was appreciated by young professional attendees — themselves a diverse group.

Marie Miller, a professional musician, had been to conferences in past years. She was “excited that this particular conference included a great group of young people striving to live out their faith.” Miller is a singer/songwriter from Nashville who was privileged to perform for Pope Francis at the Festival of Families. She was eager to find herself surrounded by like-minded young professionals: “The encounters I had [experienced] challenged and encouraged me to work even more fervently in my current vocation as an artist.”

Mary Bathon, a research associate in the new Social Research group at the Busch School of Business at the Catholic University of America, agreed: “As a young Catholic professional,” she said, the speakers “had a direct impact on my understanding of the importance of integrating faith with both professional and personal development.”

Bathon formerly worked in the United States Senate on the policy team for Senator Mike Lee (R-UT), where she managed and developed legislative initiatives related to the federal budget, tax, and trade policy. Bathon’s research interests include demography, Catholic social thought, and political economy. Reflecting on the conference, she said, “At a time of pain and suffering in the Church, it’s wonderful to see so many passionate speakers demonstrating — both through their words and example — dedicated lives of faith and purpose.”

Julie Larkin, Founder and Executive Director of Girl Talk and the Director of Operations of the Leonine Forum, was equally impressed by the speakers, and found their talks to be influential in how she approached her own work.

Describing Steve Green’s account of his family’s decisions during the struggles over the HHS mandate, Larkin said, “They chose integrity over the bottom line, and in the end, actually came out on top. As an aspiring entrepreneur, this uncompromising mission-driven attitude spoke volumes to me!”

Larkin also noted how all the speakers emphasized subsidiarity in their business practices: “I was impressed with their ability to truly effect this strategy in their organizations, and I hope to do the same in mine..”

Voicing the feeling of her fellow conference attendees, Larkin expressed her gratitude “to Catholic University’s Busch School of Business and the Napa Institute for providing an in-depth look into the dignity of work through inspiring stories and practical tips for living this out each day.”