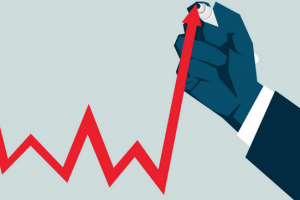 Yahoo! Finance—Inflation in advanced nations is rising at the fastest pace since 2008, sparking fresh concerns over the state of the global economy in the wake of the pandemic.

The annual rate of inflation among the Organisation for Economic Cooperation and Development’s 38 members averaged 3.8pc over May, up from 3.3pc in April.

The figures – which came as UK services firms pushed up prices at a record rate – will intensify the debate among central bankers over when to curb emergency stimulus introduced to help businesses and households battle the pandemic.

In Britain, where the cost of living rose above the Bank of England’s 2pc target for the first time in two years during May to reach 2.1pc, Governor Andrew Bailey and his…

In the US, where the Federal Reserve is still pumping $120bn (£86bn) a month into the economy through asset purchases, policymakers have shifted to a more hawkish stance and signalled two interest rate rises in 2023 as inflation hits 5pc.

“No alarm bells at the Fed. QE to Infinity and beyond!” remarked one especially notable commenter in response to this article.

The OECD said all of the G7 nations except Japan had recorded rising inflation over the month, exacerbated by… read more>>