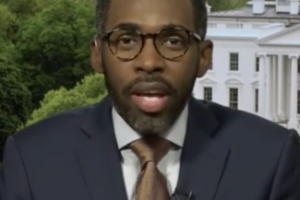 Black Voices for Trump board member: Ginsburg was confirmed in fewer days than Trump has until election

Paris Dennard, a Black Voices for Trump board member, noted that recently deceased U.S. Supreme Court Justice Ruth Bader Ginsburg (May her soul rest in peace) was confirmed by the Senate to her seat on the highest court of the country in fewer days than there is from now to the 2020 elections in November.  Dennard underscored that the President is well within his right to name her successor…. Read more>>

Not only within his right, but truly under obligation to the citizens of this great country, to fulfill his leadership duties in replacing a deceased Justice of the U.S. Supreme Court as soon as possible.

Stephen E. Strang, founder of Charisma Media and author of God, Trump, and COVID-19, says the president “rightly acknowledged” that he and other elected officials have an “obligation, without delay,” to fill the vacancy now created on the High Court. Says Strang, “Trump always displays his keen leadership instincts”—and believes this is yet another example of Trump’s employment of those God-given skills.

In a short message to the GOP, Trump stated: “GOP, We were put in this position of power and importance to make decisions for the people who so proudly elected us, the most important of which has long been considered to be the selection of United States Supreme Court Justices. We have this obligation, without delay!”

“The election this year is so important for Christians and for people of all faiths,” Strang adds. “Trump is a champion for our belief in God and for returning us to the foundation of our freedoms in this country.”