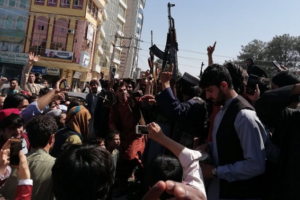 Beck asked listeners to “give until it hurts,” whether it be $10 or $100 or more, and launched the plea with his personal donation of $100,000.  The Nazarene Fund is the nonprofit collecting and distributing these funds.  Execution of the very time-sensitive and dangerous operation to extract Afghan Christians from their country is led by a retired USAF Lt. Colonel who had already lined up private charter planes before the fundraising began.  He said there were between 3,000 to 5,000 Christians to be evacuated immediately, but did not want to be too specific.

In order to move forward, the charter planes required about $4,000 per evacuee–a hefty price for a dangerous mission.  Further details were not shared due to obvious security issues. (to donate, go to: https://bit.ly/TheNazareneFund)

Lt. Col interviewed about at the marker 1:20 in the video below