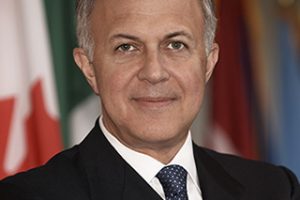 “The Knights of Columbus applauds the passage of HR 390, which makes clear that those targeted for genocide by ISIS should be included in American government assistance in the region,” says Knights of Columbus Supreme Knight Carl Anderson regarding the passage of legislation in support of persecuted religious minorities in Iraq and Syria (HR 390).

“The fact that this bill passed both the House and the Senate unanimously shows that the American response to genocide transcends partisanship and that there is enormous political will to protect and preserve religious minorities in the Middle East, including Christians and Yazidis, who were targeted for extinction. We thank Representatives Chris Smith (R-NJ), the bill’s author, and Anna Eshoo (D-Calif.), its lead co-sponsor, for their leadership in partnership with Knights of Columbus on this important bill.”

The bill was based in part on the congressional testimony of Supreme Knight Carl Anderson. Since 2014, the Knights of Columbus has committed more than $20 million for relief efforts on behalf of Christians and other religious minorities in the region.