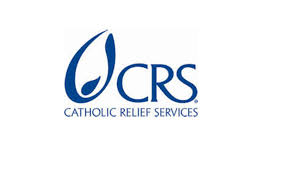 One Billion People Struggle to Survive on Less than a Dollar a Day.

Imagine trying to get through the day without spending more than one dollar.  No latte.  No newspaper.  No taxi.  Most of us living in the United States will never have to face such a daunting challenge.

And yet, one billion poor people living in developing countries are struggling right now to make it through today on that much money.  Tomorrow will be no different, nor the next day.  In fact, as every day goes by, thousands more families will fall into extreme poverty, especially in Africa.

Poor families, and women in particular, often require access to loans in order to lift themselves out of poverty.  Unfortunately, most banks do not consider poor women to be reliable customers.  These women have no choice but to turn to local moneylenders, whose interest rates often exceed 240 percent!  As a result, small expenses required for school fees, medicine, and funeral costs often turn into long-term, debilitating debt for these families.

Against this reality, Catholic Relief Services offers low-cost, high-impact solutions to help poor women strengthen their financial situations.  Catholic Relief Services (CRS) is the official international humanitarian agency of the U.S. Catholic community.  CRS is one of the world’s largest, most respected international relief and development agencies.  Its programs touches the lives of more than 80 million people living in 100 developing countries every year, without regard to race, religion or nationality.  And it does so with a high level of efficiency—94 percent of all donations go directly to programs that help people.  The agency works through a network of thousands of local nonprofit partners, who are well-known and trusted in their respective communities.

• This simple model is easily understood by rural, illiterate women, who both ensure that group rules actually serve the best interests of members and help other women to start their own groups.

• Initial savings amounts, loan sizes, and interest rates are small and flexible enough to allow participation by even the poorest women—those living on less than a dollar a day.

• Women gain the experience and confidence needed to address other social problems in their communities, ranging from health to education to local governance.

• Donor investments are more cost-effective and subject to lower financial risk, thus resulting in greater impact at a larger scale.

In the past several years, CRS has witnessed unprecedented growth and impact in its microfinance programming.  Currently, over one million poor women in 20 countries are participating in CRS-supported savings groups.  They have generated an astounding $21 million in cumulative group savings.

Under any circumstances, these financial measures would be impressive outcomes in and of themselves.  By integrating its microfinance programming into a longer-term goal of integral human development, however, CRS looks at these measures as a route to social empowerment and development.  Women who participate in savings groups are more likely than other women to secure equal decision-making authority in their families, to send their children (especially girls) to school, to raise healthier children, to hold elected office at the village level, and to spearhead community initiatives to address peacefully a wide range of social problems.

Even though CRS has already helped empower over a million poor women, this figure pales in comparison to the United Nations’ goal of reducing the world’s extremely poor by 363 million by 2015.   Much more can be done.

With thousands of local non-government organizations (NGO) partners and decades of continuous experience in developing countries, CRS has the infrastructure, linkages, and community trust to scale up its microfinance program outreach quickly.  CRS has demonstrated its ability to achieve high-impact results through its savings-led methodologies, and with a cost-effectiveness that is considerably below the global average.  Toward this end, CRS has set a goal of securing support for a Microfinance Lifeline Innovation Fund serving 36 countries, with an immediate goal of supporting an additional one million poor families by 2011.

For more information, go to www.crs.org

Marc D’Silva has worked with Catholic Relief Services for many year, currently in its San Francisco office.  He is former country director for India (4 years, including during the Indian Ocean tsunami), and prior to this assignment was senior program director for  Sierra Leone and Ethiopia during times of conflict.