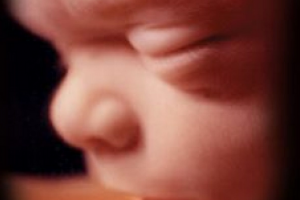 Crisis—“Don’t immanentize the eschaton!” was William F. Buckley’s popularized version of an idea taken from the political philosopher Eric Voegelin. Buckley later made it a political slogan: “Don’t let them immanentize the eschaton!” With apologies to Voegelin scholars, what Buckley meant was: “Don’t let ideologues try to create heaven on earth, because they’ll deprive us of freedom and make things a lot worse.”

Why? Because visions of heaven on earth, whether the politically orchestrated utopias of philosophers or the technologically engineered, perfect societies of science fiction, all have one fatal flaw in common: us.

Recently, the governor of Virginia made the headlines, but not for the reasons you might imagine. Governor Northam defended a proposed piece of Commonwealth legislation that would legalize infanticide in all but name. This overshadowed a different story about Dieter Egli, a Columbia University scientist.

Much like the Chinese scientist He Jiankui, who became notorious late last year, Egli is using CRISPR technology to genetically engineer human embryos. Despite its political leanings, even The Atlantic was concerned about Egli’s work. Yet the crucial difference is that, unlike He, Egli is not permitting the embryos to develop past one day. Egli does not arouse concern. But his work should.

What, then, is CRISPR? Fr. Nicanor Austriaco, a Dominican priest and MIT-trained biologist, gives the following analogy:

“CRISPR is a cutting-edge, molecular editing tool that can be used to alter every gene in any organism, whether it is an elephant, an orchid, or a human infant. If you imagine the human genome—the genetic information found in most of our cells—as an encyclopedia of forty-six volumes with approximately six billion letters, CRISPR gives us the power to change the letter “A” on column two of page 1311 of the third volume of that encyclopedia to a “C.” In theory, we can now edit the genes of any child at will to create designer babies with specific characteristics and desirable traits.”

Fr. Austriaco’s lecture on the topic is also well worth… Read full article>>