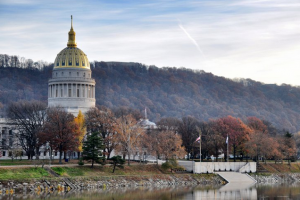 CNA—West Virginia became the latest state to pass legislation which requires that babies born alive after an attempted abortion be given medical care.

The Born-Alive Abortion Survivors Protection Act was signed into law by Gov. Jim Justice (R) on Monday, March 2. The law will go into effect on May 19.

“It’s unbelievable that we even have to go through this process for something that seems like it’s just common sense,” said Justice at the bill’s ceremonial signing.

Bipartisan, most every legislator supported THIS bill

“But, at the same time, we should be really proud that we’re defending the lives of our most vulnerable. To God above, that baby is worth it.”

Justice added that the signing of the bill was a sign that “we stand for life and we stand for the right stuff.” He referred to the bill as a “no-brainer” and said that he had been a longtime supporter of this kind of legislation.

Justice was elected governor in 2016 running as a Democrat. In 2017, he switched to the Republican Party.

New Law: What happens if child in WV survives abortion?

Under the new law, a child born alive after an attempted abortion must be given age-appropriate treatment that a child of the same gestational age would receive. The law states that the physician must use “reasonable medical judgment” when administering care, and ensure that the baby is transported and admitted to a hospital.

The bill defines “alive” as a child born with a beating heart, pulsating umbilical cord, or “definite movement of voluntary muscles.”

Abortion is already not legal in West Virginia after the 20th week of a pregnancy, and the state’s only abortion clinic does not perform abortions after the 16 weeks gestation.

A recent attempt to pass a born-alive bill at the federal level failed. Only three Democratic senators–including Sen. Joe Manchin (D-WV)–voted in favor of the bill.