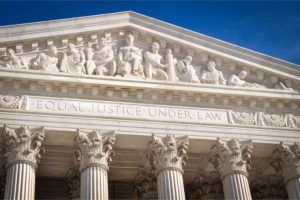 Washington D.C. (CNA)—The United States Supreme Court will not hear a challenge to a pro-life amendment to the Tennessee state constitution.

Amendment 1 categorically excludes abortion rights from the state’s constitution. The Supreme Court declined to admit an appeal on the matter in a decision released on Oct.1, the first day of the court’s new session.

Without further avenues of appeal, the amendment – which explicitly states that “nothing in this Constitution secures or protects a right to abortion” – will stand.

State attorney general Herbert Slatery III released a statement Monday welcoming the news, saying that it “finally puts to rest any uncertainty surrounding the people’s 2014 approval and ratification of Amendment 1 by 72,000 votes.”

The full text of the amendment reads:

“Nothing in this Constitution secures or protects a right to abortion or requires the funding of an abortion. The people retain the right through their elected state representatives or state senators to enact, amend, or repeal statutes regarding abortion, including, but not limited to, circumstances of pregnancy resulting from rape or incest or when necessary to save the life of the mother.”

The amendment was adopted by voters in 2014, with 53 percent in favor. It was drafted to ensure the constitutionality of other state legislation restricting abortion access, including the imposition of a two-day waiting period.

Despite the clear margin by which the amendment passed at the ballot box, questions were raised over the wording of the Tennessee constitution’s provision for adopting amendments. The text says that amendments can be passed only by a “majority of all the citizens of the state voting for governor voting in [the amendment’s] favor.”

This phrasing was the subject of different interpretations and led to a legal challenge by eight “no” voters.

Those opposed to Amendment 1 argued that the state’s constitution requires that the same people that voted for the amendment must also have concurrently voted in the gubernatorial election.

While the distinction may seem pedantic, at issue is a controversial campaign tactic deployed by some “yes” campaigners, in which they encouraged those in favor of the pro-life measure to vote for the amendment but abstain from the governor’s ballot.

The thinking behind this tactic was that by lowering the number of votes cast in the governor’s race the majority threshold for the passage of the amendment would be similarly lowered, but with a higher turnout.

The same tactic could not be deployed by abortion advocates, since they had no means of inflating turnout in the gubernatorial race. Opponents of the amendment said that this was a “fundamentally unfair voting scheme” that gave more consideration to a “yes” vote  than a “no” vote.

The legal challenge argued that “no” voters did not have the choice to abstain from voting for governor to make their vote possibly “count” more.

A federal court in Nashville ordered a recount in April of 2016, but in January of 2018, the Sixth Circuit Court of Appeals agreed with the state’s interpretation of how the ballots should be tallied. The eight “no” voters then appealed to the Supreme Court, which declined to hear the case.

The amendment was conceived following a 2000 Tennessee Supreme Court decision which struck down various abortion restrictions, including a 48-hour waiting period for women seeking abortions, and a requirement that they receive in-person counseling by a doctor who had to give them specific information about the procedure as determined by the state.

That decision held the state restrictions to be unconstitutional under Tennessee law, and found for a “right to privacy” and greater protections for abortion than was recognized at the federal level. Amendment 1 effectively prevents such a finding from standing.

A new 48 hour waiting period law was passed by state legislators in 2015, but is currently being challenged in federal court.

Following the passage of tighter restrictions on abortion in neighboring states, Tennessee saw a increase in the number of abortions being performed for women from elsewhere.

Statistics from 2014 found that a quarter of abortions in the state were for non-Tennessee residents. At the time of the Amendment 1 vote, “yes” campaigners encouraged voters to stop Tennessee from becoming an “abortion destination.”