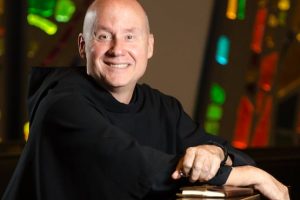 Thinking a Wrong Is Right

In 1973, after the United States Supreme Court legalized abortion in America, my dad—a doctor—was interviewed by the local paper about the ruling. One of his quotes became the story’s headline: “Just because it’s legal, doesn’t mean it’s right.”

I’ve never forgotten those words. Even as a second grader, they left a deep impression on me. I was only 8 years old, but I understood that no law could make what’s wrong right. No law could take away the dignity of the human person or make it okay to kill an unborn child.

Unfortunately, what I didn’t realize at the time is that while laws can’t make a wrong right, they can make people think a wrong is right. The law is teacher, and the lawRoe v. Wade established has taught three generations of Americans that human persons are disposable. Along with the rest of what St. John Paul II called “the culture of death,” that ruling has tricked millions into believing that we can get rid of human beings when they inconvenience us or burden us.

This attitude puts countless lives in danger—not just the unborn, but also the elderly, the sick, the disabled, the poor, and the stranger. It also puts our entire culture in danger.

Choosing to love and care for the most vulnerable among us is not about politics. It’s not a prudential decision upon which people of good will can disagree. It is a moral imperative. Every other moral issue is related to recognizing the dignity of all human life. From the understanding that life is sacred and the human person is made in God’s image, every other action we call “good” flows.

Because of that, a culture that rejects the sacredness of life cannot endure. Everything that makes a culture healthy—honesty, trust, friendship, charity, kindness, courage—all of that hinges on the dignity of the human person. Take that away, and the rest will crumble. So will we.

Each of us faces the choice my father articulated back in 1973. Will we stand up for what is right, even when a law says we’re wrong? Or will we allow an unjust law to dictate what we believe and do?

On January 24, I will join hundreds of thousands of other Americans who are choosing to defend what is right, by participating in the 47th annual March for Life in Washington, D.C.

Why the public, peaceful, pro-life marches are Important

Every year, Franciscan University of Steubenville, which is both my alma mater and the school I serve as president, transports hundreds of students to the march. Together, we walk. Not because we expect one lone march to change 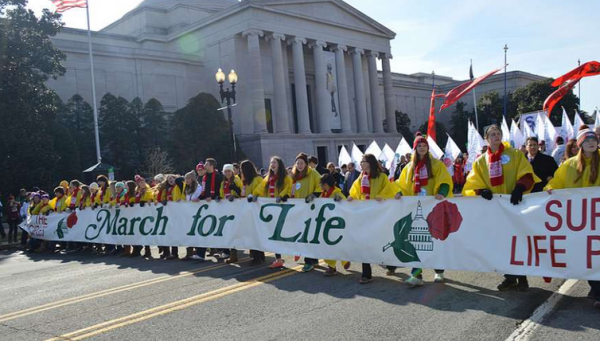 things. But rather as a reminder to our culture that this isn’t an issue that will just go away.

No law legalizing abortion has settled the question. No law legalizing abortion ever will settle the question. Abortion is wrong, and people who recognize that are going to keep showing up and keep speaking up until the law recognizes that, too. Again, the law is a teacher, and our future as a nation depends upon it teaching what is right and true.

Despite what the media wants us to think, abortion is not a private matter. It wounds the women who believe they don’t have any other option. It wounds the families who lose babies to love. It wounds the health care workers, who buy into the lie of abortion. And it wounds our entire culture, choking the life out of it at its very roots.

The public devastation of abortion demands a public response. Yes, we must pray to end abortion. We must do everything we can to empower women to raise their children or place them in loving homes through adoption. But we also must continue to speak up. We must refuse to allow our faith in the dignity of human life to be pushed aside and kept out of public view. We must continue to march. When we do, we put the conscience of America on display. We remind people of what my dad always knew: Just because it’s legal, doesn’t mean it’s right.

Father Dave Pivonka, TOR, a well-known speaker and author, became the seventh president of Franciscan University of Steubenville in May 2019.