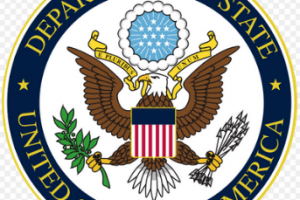 CNA—The U.S. State Department has removed the term “reproductive rights” from its annual human rights report, drawing praise from pro-life leaders who say that the phrase had become a thinly veiled reference to abortion.

“‘Reproductive rights’ has long been a euphemism for destroying human life in the womb,” said Lila Rose, founder and president of the pro-life group Live Action.

“A phrase that sounds like empowerment is a really only code for the subjugation of preborn children.”

The U.S. Country Reports on Human Rights Practices for 2017 were released last week, and now feature statistics on “coercion in population control” instead of “reproductive rights.”

Michael G. Kozak, a senior official with the Bureau of Democracy, Human Rights, and Labor, said in a press briefing that the changes are “not a diminishment of women’s rights or a desire to get away from it,” but rather were done in order “to stop using a term that has several different meanings that are not all the ones we intend.”

Previously, the “reproductive rights” section of the report included information about the legality of abortion within a country as well as the availability of contraception. The “Reproductive Rights” section was first included under the Obama presidency in the report that was released in 2012.

The new “Coercion in Population Control” section is under a larger section of each country’s report, titled “Discrimination, Societal Abuses, and Trafficking in Persons.” The new section appears under the subsection for “women” and features reports of coerced abortion, involuntary sterilization procedures, and “other coercive population control methods.” There are also links to maternal mortality figures as well as the prevalence of contraceptives in a country.

In the report for China, for instance, there are several paragraphs highlighting instances of forced abortions and sterilizations. China current has a two-child policy that prohibits couples from having more than two children.

“As in prior years, population control policy continued to rely on social pressure, education, propaganda, and economic penalties, as well as on measures such as mandatory pregnancy examinations and, less frequently, coerced abortions and sterilizations,” reads the report.

Kristan Hawkins, president of Students for Life of America, told CNA that she thinks the State Department was correct in making this change, and that abortion is an “inappropriate indicator of human rights.”

“Likewise, it is making the right decision in recognizing the way abortion is used as a tool of coercion. The decision to do so further reflects the importance of having a pro-life administration such as this one,” said Hawkins.

The Trump Administration has drawn praise for several other pro-life policies over the last year. In his first days after taking office, Trump re-implemented the Mexico City Policy, which states that foreign non-governmental organizations may not receive federal funding if they perform or promote abortions as a method of family planning.
Additionally, Trump appointed pro-life Justice Neil Gorsuch to the Supreme Court.

The president also addressed the 2018 March for Life in Washington, D.C. via a live video feed. The previous year, Vice President Mike Pence became the first sitting vice president to speak in person at the March for Life rally.