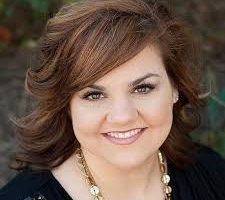 Bryan, TX (LifeNews.com) — The director of a Texas-based Planned Parenthood has resigned her position saying that she has had a change of heart on abortion. The development highlights the powerful results ultrasounds have in convincing people of the humanity of the unborn child and the need to oppose abortions..

Abby Johnson (pictured above)  had been the director of the Planned Parenthood center in this college town, that is home to Texas A&M University, until she turned in her resignation on October 6.She tells KBTX that seeing an ultrasound instantaneously prompted her to quit.

“I just thought I can’t do this anymore, and it was just like a flash that hit me and I thought that’s it,” she said.In the interview, Johnson admitted that Planned Parenthood doesn’t make its money on promoting contraception or family planning, but through abortion.”It seemed like maybe that’s not what a lot of people were believing any more because that’s not where the money was. The money wasn’t in family planning, the money wasn’t in prevention, the money was in abortion and so I had a problem with that,” she admitted.

She also told KBTX she was told to bring in more women for abortions — something that contradicted her Episcopalian upbringing. “I feel so pure in heart (since leaving). I don’t have this guilt, I don’t have this burden on me anymore that’s how I know this conversion was a spiritual conversion,” she said. Johnson said she will now work with the Coalition For Life, the pro-life group that operates locally and has a building down the street from the abortion business.

She has been meeting with the coalition’s executive director, Shawn Carney, and been seen outside the Planned Parenthood helping women find alternatives. KBTX indicates Planned Parenthood officials have hit both Johnson and the pro-life group with restraining orders requiring them not to disclose information about the abortions done at its facility.

Rochelle Tafolla, a Planned Parenthood spokesperson, said, “We regret being forced to turn to the courts to protect the safety and confidentiality of our clients and staff, however, in this instance it is absolutely necessary.”

According to Planned Parenthood’s latest report, abortions increased to 305,310 abortions up from 289,750 in 2006. That 5.3 percent increase came at a time when the Guttmacher Institute, it’s former research arm, showed abortions were at near-historic lows. Looking at Planned Parenthood data from 1997 to the present, the increase in government funding corresponds with an increase in the number of abortions. (See image)

In 1997, Planned Parenthood did about 160,000 abortions and received approximately $160 million in total taxpayer funding from various levels of government. Both the number of abortions and the amount of money received from government, supposedly for family planning to reduce abortions, has double since then. Planned Parenthood also says it helped just under 11,000 women in 2007 with prenatal care and pregnancy help services. Yet, prenatal care and adoption referrals resulted for only 5 percent of the total services provided to women in 2007 while abortions accounted for 95 percent of the services that year, according to Planned Parenthood’s own figures.