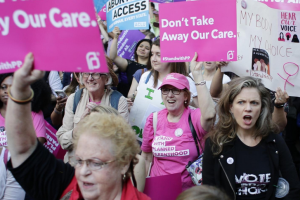 By CBJ and Claire Chretien

CBJ editor—Abortion directly affects employers and society in so many ways that the issue cannot be ignored.  At the end of our life, Our Lord will certainly ask us what we did to stand against the bullies who not only insist abortion be proclaimed as “a solution” for “unwanted pregnancy” but who also demand and persist in deceiving millions upon millions of young people every day that abortion is a “good” thing, an “option” right along side carrying a baby to full term and giving that innocent boy or girl a chance at life! Regardless of the deceptive phrasing and story-telling, it is an evil beyond description.

Are you and I, as Catholic business professionals, doing our part to foster a pro-life culture, to fight the relentless lies and “storytelling” of Planned Parenthood, especially among the young, our future employees, sister or daughter in laws, voters, and policy decision-makers?

January is pro-life month, featuring the two largest peaceful pro-life gatherings—March for Life in D.C. and Walk for Life West Coast in San Francisco—in addition to abundant pro-life walks throughout the United States that continue to spring up; all severely under-reported by the media of course.

Here are the facts:

LifeSiteNews (by Claire Chretien)—Planned Parenthood’s latest annual report reveals it aborted 345,672 babies and received just over $616 million from taxpayers during its 2018 to 2019 fiscal year.

Planned Parenthood also distributed over 2 million contraceptives during that time, many of which have the potential to act as abortifacients.

Planned Parenthood’s main sources of taxpayer money come from Medicaid, Title X (from which Planned Parenthood has since withdrawn in protest of modestly pro-life Trump administration regulations), state family planning slush funds, and sex ed grants. According to a Live Action analysis, Planned Parenthood’s taxpayer funding has increased by nearly 70 percent since 2008. Its total revenue was over $1.6 billion and its net assets were almost $2 billion.

The abortion company’s annual report boasts that it provides “services for transgender patients” in 31 states, offers telemedicine abortions in 16 states, and promotes abortion through its “National Storytellers of Planned Parenthood” program.

“As access to abortion shrinks in states across the country, telemedicine is becoming increasingly important for ensuring access where providers are scarce,” the report says.

The report also details some of Planned Parenthood’s collaboration with Hollywood and corporations: “Planned Parenthood continued our longstanding work to engage culture creators and storytellers, including at this year’s Sundance Film Festival, where we built connections with more than 40 TV, film and entertainment creators, and nearly 20 new artists.”

At the Golden Globe award ceremony last night, the audience cheered as Michelle Williams, winner of best actress in a limited series or television movie, hinted that she had killed her baby in order to enjoy the success she does today.

“Once again, Planned Parenthood’s own numbers show abortion and profit are their top priorities,” said Marjor 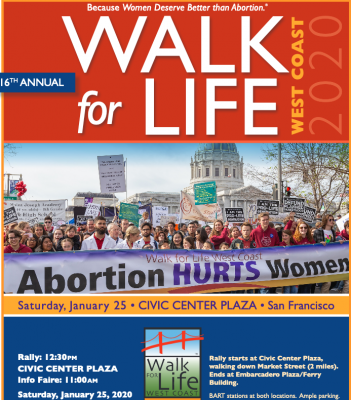 ie Dannenfelser, President of the Susan B. Anthony List. “Their cancer screening and prevention services, breast exams, pap tests, and even contraceptive services have steeply declined. Planned Parenthood is a bad investment for taxpayers. We thank President Trump for working to curb Planned Parenthood’s taxpayer funding and urge our allies at every level of government to do the same.”

Planned Parenthood’s descriptions of the current political climate are fraught with panic. Roe v. Wade, the 1973 U.S. Supreme Court case that imposed abortion on demand across the nation, is “at risk,” a bright pink heading warns in the annual report.

“This year, the reproductive rights movement faced an unprecedented wave of extreme bans on abortion. Anti-abortion politicians in state houses, galvanized by the confirmation of Supreme Court Justice Brett Kavanaugh, are racing to pass laws that will challenge Roe v Wade and make abortion illegal.”

“Planned Parenthood is preparing for a future where abortion is no longer a guaranteed right,” the report admits. At another point, Planned Parenthood Acting President Alexis McGill Johnson writes in a “message from our leadership” that “[we] stand at an inflection point for reproductive health and rights.”

This year’s report indicates that Planned Parenthood can no longer tout a much-repeated bogus statistic that abortion only constitutes three percent of its services; they now say abortion is four percent of their services.

Ninty-five percent of Planned Parenthood’s pregnancy-related services were abortion, according to this report.

“Even as the abortion rate is reported to be falling, Planned Parenthood’s share of the abortion business is up, and of course given their political connections, so is their misappropriation of funds from taxpayers,” said Kristan Hawkins, president of Students for Life of America (SFLA). “Planned Parenthood should not be able to operate their deadly business on the taxpayers’ dime.”

The abortion business started 81 new campus chapters as part of its “Planned Parenthood Generation” program, 18 of which were “Historically Black Universities and/or Minority Serving Institutions.”

Planned Parenthood founder Margaret Sanger was a racist and a eugenicist who wrote in 1939, “We do not want word to go out that we want to exterminate the Negro population.” An undercover investigation by Live Action found Planned Parenthood was willing to accept money earmarked for the abortion of a black baby. 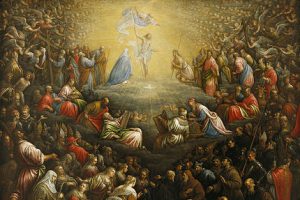