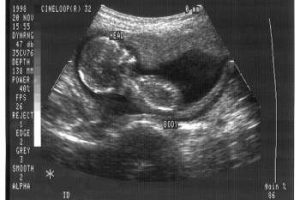 At the same time, he vetoed the “heartbeat bill” passed by the state’s legislature, which would have outlawed abortions once a baby’s heartbeat has been detected.

“By signing S.B. 127, the 20-week ban, Governor Kasich will save hundreds of unborn lives each year and he positioned the state of Ohio to directly challenge Roe v. Wade,” Mike Gonidakis, President of Ohio Right to Life, stated.

The bill “was nationally designed to be the vehicle to end abortion in America,” he added. “It challenges the current national abortion standard and properly moves the legal needle from viability to the baby’s ability to feel pain.”

Gov. Kasich signed the state’s Pain-Capable Unborn Child Protection Act on Dec. 13, making Ohio the 18th state since 2010 to enact a ban on abortions performed after 20 weeks of pregnancy. Exceptions would exist for cases of babies conceived through rape or incest, or where the life of the mother is deemed to be at stake.

Although some pro-lifers, like the group Susan B. Anthony List, had also supported the heartbeat bill, Ohio Right to Life asked Kasich not to sign it because courts had overturned similar legislation in other states and the Supreme Court had not agreed to hear those cases.

“Legal scholars believe that asking the Court to entertain a third heartbeat law at this time would cause irreparable harm to the pro-life movement,” Gonidakis said.

Susan B. Anthony List has been working to have the Pain-Capable bill passed at the state and federal levels. President-elect Donald Trump promised on the campaign trail that he would sign a 20-week abortion ban into law if it passed through Congress.

Such legislation will “humanize our law,” Marjorie Dannenfelser, president of the group, insisted. She said it was in accord “with public opinion, science, and basic human decency.”

The science shows that these unborn babies can feel pain and can even survive delivery at around 20 weeks after fertilization, the Charlotte Lozier Institute, the research arm of Susan B. Anthony List, says.

And “the leading textbook on clinical anesthesia” notes that babies as young as 18 weeks gestation can have a physiochemical stress response to noxious stimuli,” they added.

The U.S. House passed a Pain-Capable bill in 2015, but it failed to receive the 60 votes necessary to advance in the Senate.

A poll published by Susan B. Anthony List that was conducted on Election Day showed 64 percent of registered voters who participated in the elections supported a ban on abortions after 20 weeks with exceptions for cases of rape, incest, or when the life of the mother was at stake.

In 2013, a Washington Post/ABC News poll found that 56 percent of respondents favored legal abortion “without restriction” up to 20 weeks and not 24 weeks. An NBC News/Wall Street Journal poll revealed later that year that more Americans supported a 20-week ban than opposed it.

A Knights of Columbus/Marist poll released earlier in 2016 showed 80 percent of respondents supporting limiting legal abortion to the first trimester of pregnancy.