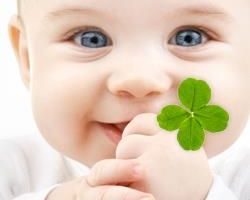 CNA—Controversy over a New York abortion bill resulted in a rebuke for a state senator who has been disinvited from a Huntington, N.Y. Irish-American Catholic group’s St. Patrick’s Day festivities and asked to resign as a member due to his vote for the legislation.

“The membership is dismayed that a member of their order could vote for such a law,” said the priest, who said he was writing on behalf of the division’s leadership and membership. “This law violates all the principles the AOH has ascribed to since its founding, adherence to our Roman Catholic faith, and the security of the Irish race.”

Msgr. Camp, who is also pastor of St. Patrick’s Church in Huntington, said the senator was disinvited from marching in the parade with the Hibernians and from attending the parade grand marshal’s dinner dance.

The abortion bill, called the Reproductive Health Act, drew strong opposition from the Catholic Church and other pro-life advocates in the state.

The law allows abortions “within 24 weeks from the commencement of pregnancy, or (when) there is an absence of fetal viability, or at any time when necessary to protect a patient’s life or health.” It aimed to protect legal abortion in the event the U.S. Supreme Court overturns pro-abortion rights precedents.

In NY, unborn baby most vulnerable of all humans

The state law removes the act of abortion from the criminal code and places it in the public-health code. It strips most safeguards and regulations on abortions and allows non-doctors to perform abortions.

In response to Msgr. Camp’s letter, Gaughran contended that the division was requiring public officials “to perform their duties in conformance with the specific religious views held by its membership.”

“Respectfully, I find this troubling and contrary to the principle that our elected officials must represent all their constituents, not just those with whom they share their religious beliefs,” he said. Gaughran said he had not renewed his membership in the division and did not consider himself an active member. He said he had made clear his support for the bill during his campaign, and voiced concern that the division had not reached out to him earlier.

Professing respect for Catholic leaders and the Hibernian division membership, he said that despite their position against Roe v. Wade, “I maintain my belief that a woman should have the right to make her own personal reproductive health care decisions.”

“To be honest, I do not see how any elected public official could faithfully uphold their fidelity to their constitutional oath while participating in an organization that requires specific votes based explicitly upon religious views or litmus tests,” he said, going on to quote John F. Kennedy’s 1960 remarks on church and state before an audience of Baptist pastors during his presidential campaign.

Gaughran’s comments echoed the claims of bill backer Gov. Andrew Cuomo, who accused President Donald Trump and the “religious right,” including Cardinal Timothy Dolan of New York, of “spreading falsehoods about abortion laws to inflame their base.”

Dolan, writing in a Feb. 7 blog post, said Cuomo “continues his attempt to reduce the advocacy for the human rights of the pre-born infant to a ‘Catholic issue’,” which the cardinal deemed “an insult to our allies of so many religions, or none at all.”

Quoting former Democratic Pennsylvania Governor Robert Casey, Dolan said that abortion is not about “right versus left, but right versus wrong.” Dolan said “I didn’t get my pro-life belief from my religion class in a Catholic school, but from my biology and U.S. Constitution classes.”

In a Feb. 6 New York Times opinion essay, Cuomo, who is Catholic, said his decisions in his life are “based on my personal moral and religious beliefs,” but his oath of office is “to the Constitutions of the United States and of the State of New York–not to the Catholic Church.” My religion cannot demand favoritism as I execute my public duties.”

CNA sought comment from Msgr. Camp and the Diocese of Rockville Centre but did not receive a response by press time.

The Huntington-based Ancient Order of Hibernians division’s website says it has organized the city’s St. Patrick’s Day parade since 1930, and claims it is the “oldest and largest” such parade on Long Island.

Ancient Order of Hibernians national vice president Danny O’Connell declined detailed comment, telling CNA that discussions about business and membership are an internal matter. He clarified that St. Patrick’s Day Parades are separate entities from the organization itself.

The Ancient Order of Hibernians in America dates back to 1836. It has tens of thousands of members nationwide. Full membership is limited to practicing Catholic men of Irish birth, ancestry or adoption, or to Catholic clergy and seminarians regardless of ancestry. The organization also has an associate membership and allows social privileges for such members not qualified for full membership.

The order’s three main principles are Friendship, Unity and Christian Charity. According to the 2016 edition of its national constitution, its purposes include to promote peace and unity for all Ireland and Irish independence; Irish heritage, culture and history; civic participation; equitable U.S. immigration law for Ireland; religious freedom; and “to protect and defend all life, born and unborn.”

The organization added the pro-life plank to its purpose in the 1970s after the U.S. Supreme Court mandated legal abortion nationwide in decisions such as Roe v. Wade.

The group’s constitution pledges “to work in harmony with the doctrines and laws of the Roman Catholic Church,” and also bars support for or opposition to “any political party or candidate” in the name of the order.

In the wake of the passage of the new abortion law, the New York State Board of the Ancient Order of Hibernians recently reaffirmed its pro-life plank, saying “All life is precious from conception to natural death.”

“We pray, civilly protest and express this stance in our actions month after month, year after year and in support of Church teachings,” the state board said on its website Feb. 2. “We have never wavered or succumbed to political or socially accepted attitudes of the times.”

“Even when a culture of death seems to be accepted by many, we show love, and support Life in all stages,” it added. “Let it be known that, our position on abortion (and all respect life issues) does not change or evolve…. The latest bill signed in New York does not change the stance we take on the subject. It never will.”