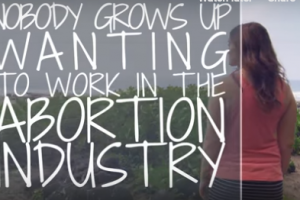 As reported by LiveAction, filmmakers for “Unplanned,” the new movie about the pro-life conversion of former Planned Parenthood facility director Abby Johnson, have announced that since the release of the movie, approximately 100 abortion workers have reached out, seeking to leave the abortion industry.

At the end of the film, there is contact information for And Then There Were None, a pro-life ministry founded by Johnson to support and encourage abortion workers to leave the industry and find other employment. This past week, filmmaker Chuck Konzelman testified before a Senate panel on the censorship the movie has faced, and in his testimony he revealed the impact that the film has had on abortion workers. “One percent of the abortion workers in the United States, after getting one look at them being portrayed on film… have decided to change their lives… and what… Read More>>