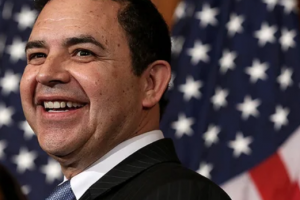 Lifesite News—Congressman Henry Cuellar (D-Texas) was the only Democrat to vote “NO” Friday on a radical pro-abortion bill that would force the whole country to legalize the killing of unborn babies in abortions without limits up to birth.

The deceptively named Women’s Health Protection Act passed the U.S. House in a 218-211 vote with Cuellar joining Republicans in voting against it. No Republicans voted in favor of the bill.

Democrats for Life of America praised the Texas lawmaker for supporting women and children, not the billion-dollar abortion lobby.

“We hope that other Democrats in Congress will follow the lead of Congressman Cuellar and vote for women rather than for the abortion industry,” said Kristen Day, executive director of Democrats For Life of America. “The legislation was written by the abortion lobby to line their pockets financially by eliminating abortion health and safety regulations and eliminating laws aimed to provide women with information about abortion.”

House Democrat leaders portrayed the bill as a mere “codification” of Roe v. Wade into federal law, but the legislation goes far beyond Roe by eliminating restrictions on abortions that the Supreme Court ruling allows.

Pro-life leaders nicknamed the legislation the Abortion Without Limits Up to Birth Act. They said it would….read more>>