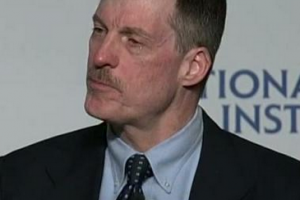 We are frequently questioned or challenged to substantiate the arguments that we have been making about the effect of the Reproductive Health Act. People keep asking us to show them “where in the bill does it say that”?

Here is a detailed explanation of how the bill (now the law) does precisely what we have accused it of doing. The language of the bill is in italics, followed by the legal analysis.

§ 2599-aa. Policy and purpose. The legislature finds that comprehensive reproductive health care is a fundamental component of every individual’s health, privacy and equality. Therefore, it is the policy of the state that:

1. Every individual has the fundamental right to choose or refuse contraception or sterilization.

2. Every individual who becomes pregnant has the fundamental right to choose to carry the pregnancy to term, to give birth to a child, or to have an abortion, pursuant to this article.

The term “fundamental right” is extremely significant. This language incorporates the constitutional law principle that “fundamental rights” cannot be regulated except for compelling state interests and in the most narrow way possible. Virtually no regulations of abortion survive this “strict scrutiny” standard.

3. The state shall not discriminate against, deny, or interfere with the exercise of the rights set forth in this section in the regulation or provision of benefits, facilities, services or information.

This language poses a direct threat to religious freedom and conscience rights. It gives the state the authority to deny licenses to individuals and institutions that do not provide or cooperate with abortion.

To understand the significance of this, you have to understand that the Education Department oversees all the licensed professions like doctors, physician assistants, nurses, and others. So this provision authorizes the Education Department to permit non-doctors to do abortions and to set the limits on what they can do. So it’s entirely in their discretion to allow non-doctors to do surgical abortions like early suction aspiration abortions – where a vacuum is inserted into the womb and the baby is sucked out, often being dismembered in the process of being killed.

acting within his or her lawful scope of practice, may perform an abortion when, according to the practitioner’s reasonable and good faith professional judgment based on the facts of the patient’s case:

This means that the application of this law is entirely in the discretion of the abortionist. Since there are no penalties for violating the law, this standard is meaningless.

the patient is within twenty-four weeks from the commencement of pregnancy, or

This means abortion on demand for any reason at all for the first twenty-four weeks of pregnancy, including times when the infant has a heartbeat (about eight weeks), and can feel pain (about twenty weeks).

there is an absence of fetal viability, or
This term is undefined in the law, meaning that it is entirely up to the abortionist to determine the application of the law, with no third party (e.g., another doctor) having to concur. The doctor can therefore decide that an infant isn’t “viable”, for example, because she has a developmental problem that would require medical treatment for her to survive – in other words, virtually any kind of disability.
the abortion is necessary to protect the patient’s life or health.
This is the heart of the matter. This term “health” has been defined by the Supreme Court as meaning “all factors — physical, emotional, psychological, familial, and the woman’s age — relevant to the well-being of the patient” ( Doe v. Bolton, the companion case to Roe v. Wade). In effect, it means any reason whatsoever, if the woman and the abortionist consider it relevant to her emotional or psychological or family health. Notice also that the bill considers only the mother to be a “patient”. The unborn child is a target.
§ 3. Section 4164 of the public health law is REPEALED.

This provision repeals the law that gave full civil rights protection to a child born accidentally in a post-twenty-week abortion, required that such abortions be done in a hospital, and that a second doctor be available to provide care to the infant. By repealing it, the bill guarantees that the infant will receive no care and will be allowed to die untreated. After all, the infant isn’t the doctor’s patient – just the mother. And the doctor has no obligation to provide treatment that he considers futile. And in the end, the entire purpose of the abortion is to produce a dead baby, so this part of the bill guarantees that.

This provision repeals all the criminal statutes that would penalize illegal abortions. It thus would prevent a serious criminal prosecution for a direct attack on the unborn child, an abortion by an unlicensed person (the “back-alley” practitioner), and a coerced abortion.

Many of the advocates for this bill – including the Governor and other elected officials – continue to spread falsehoods and deny what it really does. So let’s turn the question around on them. Take our worst-case scenarios, and ask, “where in the bill does it prohibit that?” The fact is, there is absolutely nothing in the bill, or the state of the law after its enactment, that would prohibit any of these following things.

Much has been made of the idea that this bill only “codified Roe v. Wade“. But here’s what the Supreme Court actually said in Roe:

With respect to the State’s important and legitimate interest in potential life, the “compelling” point is at viability. This is so because the fetus then presumably has the capability of meaningful life outside the mother’s womb. State regulation protective of fetal life after viability thus has both logical and biological justifications. If the State is interested in protecting fetal life after viability, it may go so far as to proscribe abortion

This new law rejects the idea that the state has any interest whatsoever in protecting the life or health of an unborn child at any stage, much less the time when the baby can survive outside of the womb. That is a gross dereliction of one of the fundamental duties of any government, and it marks a return to barbarism.

That’s what the law says.  It is perverse to claim otherwise.

Edward T. Mechmann, Esq., is Director of Public Policy at Archdiocese of New York, where he’s worked for more than 24 years. Prior to this work, he served as Assistant U.S. Attorney (criminal investigations, organized crime) and Assistant District Attorney (criminal prosecutions and investigations, general crimes and Labor Racketeering Office).  He is a graduate of Columbia College (B.A., History), St. Joseph’s Seminary (M.A., Religious Studies) and Harvard Law School (J.D.).  This article is reposted with permission of the Archdiocese of New York.