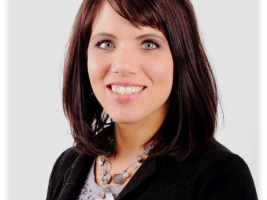 (BBC) When Melissa Ohden was 14 she learned a shocking secret – her mother had tried to abort her. She was saved by a nurse who heard her crying as she lay among medical waste at a US hospital. This is the story of her survival, and of the mother who thought she was dead.

“I grew up knowing I’d been born prematurely, that I had been adopted,” Melissa Ohden, now 41, tells the BBC’s Victoria Derbyshire programme.

“What I didn’t know was that there was this great secret behind all of this. That I should have been delivered dead, and instead I was born alive.”

In 1977, in a hospital in the US state of Iowa, Melissa’s 19-year-old mother had undergone an abortion using a

That was, until a nurse heard her weak cries and slight movements.

Melissa was rushed to an intensive care unit, where – against the odds – she survived.

Doctors thought she would be blind, and at one stage believed she had a fatal heart defect.

But she has gone on to live a perfectly healthy life, being brought up by an adoptive family.

“It is astonishing”, Melissa admits. “I pinch myself some days.”

Melissa – who has written a book about her experiences – says she only found out she was an abortion survivor when her sister in her adoptive family let it slip during an argument.