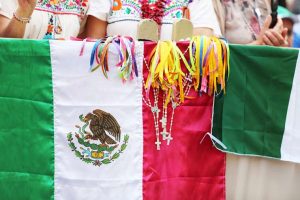 Mexico City, Mexico, May 28, 2019, CNA – The portion of a constitutional reform initiative seeking to legalize abortion and same-sex marriage in Mexico did not advance last week in the nation’s legislature.

A gender parity bill was debated and approved in both houses of the Mexican Congress May 23. The bill would require that half of the country’s public service sector be women.

Porfirio Muñoz Ledo, president of the Chamber of Deputies and a member of the National Regeneration Movement, had proposed that the bill establish rights to abortion and same-sex marriage. These proposals were not included in the bill’s final version, however, for lack of widespread support.

The bill would have to be approved by at least 17 Mexican states to take effect.

Muñoz Ledo tweeted his disappointment that the measure “fails to strengthen the comprehensive rights of women such as the right to decide about their own bodies.”

Speaking with ACI Prensa, CNA’s Spanish language sister agency, Rodrigo Iván Cortés, president of the National Front for the Family, said that “Muñoz Ledo was very frustrated that the special session was only called to discuss the Senate’s draft version on gender parity in public service positions, and so not on the introduction of abortion, same-sex marriage, etc.”

“There was only consensus on the part about parity,” he said, and so not about “the other points.”

Cortés stressed that “the initiative of Porfirio Muñoz Ledo is a Pandora’s Box, since under the facade of the umbrella of gender parity, what it introduces are elements of an even stronger contraceptive mentality and gender ideology.”