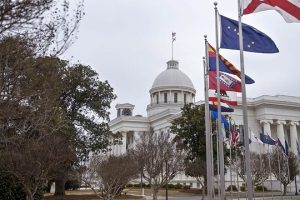 WASHINGTON, D.C. — Senior Counsel for the leading pro-life advocacy group Americans United for Life (AUL), Clarke Forsythe, has issued the following statement: “The Eleventh Circuit’s decision yesterday striking down the Alabama prohibition on dismemberment abortion was disappointing but not unexpected, given the Supreme Court’s 2016 abortion decision that gave little room for the States to protect maternal health or the unborn child from abortion. What is striking is the fact that two of the three judges on this case were openly critical of the Supreme Court’s abortion jurisprudence, with the Chief Judge saying the court was forced to apply “the aberration of constitutional law relating to abortion” and strike down the law, and the second judge simply stating that Roe “has no basis in constitutional law.” Their voices are now added to the more than a dozen federal judges who have said that Roe is unworkable and must be re-examined.”

CBJ wonders if any reader in Alabama has further insights or comments about this issue.  If so, please add them below.