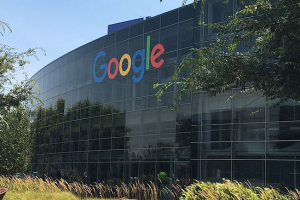 LifeSiteNews—The Google employee who recently shed light on multiple aspects of the internet giant’s liberal leanings is back with another example, this time leaking two pages he says are from the company’s ideologically charged “diversity training” materials.

Mike Wacker is a Google software engineer LifeSiteNews covered earlier this month for a series of tweets in which he shared screenshots of communications in which a manager is quoted as justifying Google’s crackdown on so-called “hate” specifically “because that’s how Trump won the election.” Wacker also detailed the company’s labeling of YouTube videos espousing a Christian view of sin and homosexuality as “homophobic.”

On March 19, Wacker shared and explained two pages from a workbook used as recently as February 2018 for Google’s “Allyship 101” diversity training. The bottom of the pages identifies them as the work of Clayton Robbins, a consultant who currently works as Google’s diversity business partner manager.

At Google, we are a nonpartisan company…so long as you first accept our highly partisan definitions of key terms, definitions that come from sources such as UC Berkeley and also Robin DiAngelo, the author of White Fragility. pic.twitter.com/4Dc1ynpex1

(For those who are familiar with the jargon of “grievance studies” in academia, there’s a lot of overlap between that jargon and this jargon. It’s not the first time I’ve seen Google compared to college campuses in an unfavorable way.)

The two pages are from a glossary of “key terms,” which frames Google’s diversity training firmly through identity-politics lenses. It defines allyship as “acting for justice through the lens of one’s own membership in an advantaged group”; oppression as a “system of advantage and disadvantage based on social group membership”; and equity as not merely equal treatment or respect, but “equally high outcomes of access, opportunities, and success.”

The glossary further defines “whiteness” as a “constantly shifting boundary separating those who are entitled to have certain privileges from those whose exploitation and vulnerability to violence is justified by their not being white,” including “material and psychological advantages that are often invisible and taken for granted.”

It goes on to claim that gender is a “socially constructed system of classification that ascribes qualities of masculinity and femininity to people,” that gender identity is a “separate concept” from sex that “isn’t necessarily visible to others,” and that sex is “assigned at birth” rather than an intrinsic biological reality. The glossary also asserts that “there are many more” identities than “woman,” “transman,” or… READ MORE>>