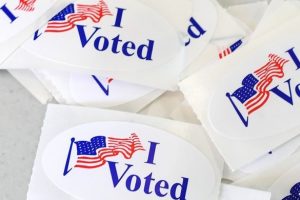 Election Analysis: What the Elections mean for Catholics and people of faith

Crisis—Last night’s election returns were not a total disaster for people of faith, or for Catholics in particular. Republicans actually increased their majority in the Senate, which means that President Trump’s uniformly textualist judicial nominees will continue to be confirmed. That’s very good news for the Constitution, and with it for people committed to norms of religious liberty and human life that are deeply embedded in that document and in our traditions. What is more, a bare majority of Democrats in one House of Congress will not be capable of producing any outpouring of legislation aimed at undermining limited government in general or the rights of the faithful in particular.

That said, we should not be sanguine about the next two years in American politics and government. Even a small Democratic majority means that the Committee Chairs in the House of Representatives will be taken over by the likes of Maxine Waters and Jerrold Nadler. These ideologues will, of course, do everything in their power to further a radical agenda on both social and economic issues, and to undermine and ultimately impeach President Trump. Many observers see this as a good thing because they believe such selfish, extreme tactics will backfire. And they may be right. That said, the result will be even more anger and bitterness in our politics, the possibility for even more political violence and, almost without doubt, legislative gridlock.

There was a time, not long ago, when gridlock was a rather good thing in a republic. When the federal government failed to act, the people were able to act on their own—in their churches, in their state and local governments, and in their various local communities and workplaces. Unfortunately, this is no longer the case. Increasingly since the 1960s, our country has built a permanent administrative state devoted to taking over the people’s responsibility for their own safety and well-being. What many today call our “deep state” has no need of elections to act, to innovate, and to legislate even when our legislature does nothing. The noise and opposition, not to mention the legislative inaction, that will result from Congressional hysterics will embolden administrators, already in open revolt against President Trump, to undermine attempts to reform and limit their power.

Among the great successes of the Trump Administration has been the rolling back of numerous regulations that shackled business, micromanaged local government, and pushed a radical LGBT agenda. Yet anonymous administrators in bureaucracies from the Department of … read more>>