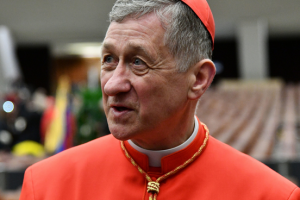 What the Cupich Moment Can Teach Ambitious Seminarians

By Jonathan B. Coe

Crisis—In the American Catholic Church and in the Church worldwide under the Francis papacy, we’ve entered the Cupich Moment. With his appointment to the Archdiocese of Chicago, and with his being selected as the primary American organizer of the gathering of bishops this coming February for the purpose of addressing the sexual abuse crisis (which he doesn’t acknowledge as a crisis), Cardinal Cupich now stands as the de facto most powerful prelate in America.

Imagine a first-year seminary student studying for the priesthood in one of America’s 189 Catholic seminaries. He is not yet formed theologically or spiritually but he dreams of wearing the red hat someday and finds that ambition beginning to shape his heart and mind.

As he observes the American ecclesial landscape, he can’t help but notice the rapid ascent of Cardinal Blase Cupich from relative obscurity to Pope Francis’s Point Man in America with an influence that will undoubtedly continue to grow internationally. As he plots the trajectory of his own ascent, Cupich becomes his template and he begins to identify some lessons to be learned from the Cupich Moment.

First lesson: start with a healthy dose of Autonomy. Autonomy means departing from the clear teaching of Scripture and Tradition as articulated by the Magisterium.

I’ve noticed over the years that many devout evangelicals, Eastern Orthodox, and orthodox Catholics have an epiphany early on in their faith walk that sounds something like this: As far as values that are translated into the public square, why do I have more in common with deeply religious Jews (e.g., Dennis Prager, Ben Shapiro, and Rabbi Jonathan Sacks) than liberal, mainline Protestants and the Catholic Left? Answer: because you both submit to a divine text and a sacred Tradition.

In following in the footsteps of Cardinal Cupich, our seminarian needs to know how important it is to use ambiguous language to accomplish his agenda in an incremental manner. It’s the kind of “weaponized ambiguity” that Pope Francis employed in Amoris Laetitia that, like termites, doesn’t bring the wooden pillars of the Church down overnight but over several decades.