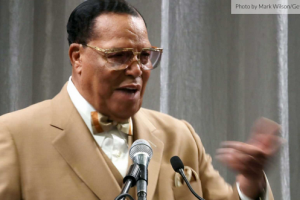 You just can’t make this stuff up (sadly).  Although Chicago’s Archbishop Cardinal Blaise Cupich was forced to apologize to the city’s Jewish community, the pastor who invited Louis Farrakhan to his parish refuses to do so.  Louis Farrakhan Delivers Anti-Semitic Speech About ‘Satanic Jews’ At Chicago Catholic Church, Pastor Won’t Apologize… Read More>>