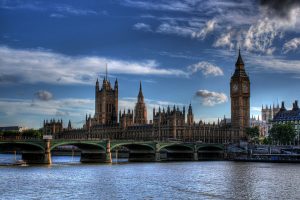 In an unprecedented and carefully coordinated simultaneously timed announcement from both Rome and London, the Vatican opened its doors in a wide embrace of Anglican laity, priests and bishops who wish to enter into full communion with the Roman Catholic Church.  The official release from the Vatican, with Catholic Business Journal editorial highlights and subheads added for emphasis, may be read below. —ed.

With the preparation of an Apostolic Constitution, the Catholic Church is responding to the many requests that have been submitted to the Holy See from groups of Anglican clergy and faithful in different parts of the world who wish to enter into full visible communion.

In this Apostolic Constitution the Holy Father has introduced a canonical structure that provides for such corporate reunion by establishing Personal Ordinariates, which will allow former Anglicans to enter full communion with the Catholic Church while preserving elements of the distinctive Anglican spiritual and liturgical patrimony.

Under the terms of the Apostolic Constitution, pastoral oversight and guidance will be provided for groups of former Anglicans through a Personal Ordinariate, whose Ordinary will usually be appointed from among former Anglican clergy. The forthcoming Apostolic Constitution provides a reasonable and even necessary response to a worldwide phenomenon, by offering a single canonical model for the universal Church which is adaptable to various local situations and equitable to former Anglicans in its universal application. It provides for the ordination as Catholic priests of married former Anglican clergy. Historical and ecumenical reasons preclude the ordination of married men as bishops in both the Catholic and Orthodox Churches. The Constitution therefore stipulates that the Ordinary can be either a priest or an unmarried bishop.

The seminarians in the Ordinariate are to be prepared alongside other Catholic seminarians, though the Ordinariate may establish a house of formation to address the particular needs of formation in the Anglican patrimony. In this way, the Apostolic Constitution seeks to balance on the one hand the concern to preserve the worthy Anglican liturgical and spiritual patrimony and, on the other hand, the concern that these groups and their clergy will be integrated into the Catholic Church. Cardinal William Levada, Prefect of the Congregation for the Doctrine of the Faith which has prepared this provision, said: “We have been trying to meet the requests for full communion that have come to us from Anglicans in different parts of the world in recent years in a uniform and equitable way. With this proposal the Church wants to respond to the legitimate aspirations of these Anglican groups for full and visible unity with the Bishop of Rome, successor of St. Peter.”

These Personal Ordinariates will be formed, as needed, in consultation with local Conferences of Bishops, and their structure will be similar in some ways to that of the Military Ordinariates which have been established in most countries to provide pastoral care for the members of the armed forces and their dependents throughout the world.

“Those Anglicans who have approached the Holy See have made clear their desire for full, visible unity in the one, holy, catholic and apostolic Church. At the same time, they have told us of the importance of their Anglican traditions of spirituality and worship for their faith journey,” Cardinal Levada said. The provision of this new structure is consistent with the commitment to ecumenical dialogue, which continues to be a priority for the Catholic Church, particularly through the efforts of the Pontifical Council for the Promotion of Christian Unity. “The initiative has come from a number of different groups of Anglicans,” Cardinal Levada went on to say: “They have declared that they share the common Catholic faith as it is expressed in the Catechism of the Catholic Church and accept the Petrine ministry as something Christ willed for the Church. For them, the time has come to express this implicit unity in the visible form of full communion.”

According to Levada: “It is the hope of the Holy Father, Pope Benedict XVI, that the Anglican clergy and faithful who desire union with the Catholic Church will find in this canonical structure the opportunity to preserve those Anglican traditions precious to them and consistent with the Catholic faith. Insofar as these traditions express in a distinctive way the faith that is held in common, they are a gift to be shared in the wider Church. The unity of the Church does not require a uniformity that ignores cultural diversity, as the history of Christianity shows. Moreover, the many diverse traditions present in the Catholic Church today are all rooted in the principle articulated by St. Paul in his letter to the Ephesians: ‘There is one Lord, one faith, one baptism’ (4:5). Our communion is therefore strengthened by such legitimate diversity, and so we are happy that these men and women bring with them their particular contributions to our common life of faith.”

Since the sixteenth century, when King Henry VIII declared the Church in England independent of Papal Authority, the Church of England has created its own doctrinal confessions, liturgical books, and pastoral practices, often incorporating ideas from the Reformation on the European continent. The expansion of the British Empire, together with Anglican missionary work, eventually gave rise to a world-wide Anglican Communion. Throughout the more than 450 years of its history the question of the reunification of Anglicans and Catholics has never been far from mind.

In the mid-nineteenth century the Oxford Movement (in England) saw a rekindling of interest in the Catholic aspects of Anglicanism. In the early twentieth century Cardinal Mercier of Belgium entered into well-publicized conversations with Anglicans to explore the possibility of union with the Catholic Church under the banner of an Anglicanism “reunited but not absorbed.”

At the Second Vatican Council hope for union was further nourished when the Decree on Ecumenism (n. 13), referring to communions separated from the Catholic Church at the time of the Reformation, stated that: “Among those in which Catholic traditions and institutions in part continue to exist, the Anglican Communion occupies a special place.” Since the Council, Anglican-Roman Catholic relations have created a much-improved climate of mutual understanding and cooperation. The Anglican-Roman Catholic International Commission (ARCIC) produced a series of doctrinal statements over the years in the hope of creating the basis for full and visible unity. For many in both communions, the ARCIC statements provided a vehicle in which a common expression of faith could be recognized. It is in this framework that this new provision should be seen.

In the years since the Council, some Anglicans have abandoned the tradition of conferring Holy Orders only on men by calling women to the priesthood and the episcopacy. More recently, some segments of the Anglican Communion have departed from the common biblical teaching on human sexuality—already clearly stated in the ARCIC document “Life in Christ”—by the ordination of openly homosexual clergy and the blessing of homosexual partnerships. At the same time, as the Anglican Communion faces these new and difficult challenges, the Catholic Church remains fully committed to continuing ecumenical engagement with the Anglican Communion, particularly through the efforts of the Pontifical Council for the Promotion of Christian Unity.

In the meantime, many individual Anglicans have entered into full communion with the Catholic Church. Sometimes there have been groups of Anglicans who have entered while preserving some “corporate” structure. Examples of this include, the Anglican diocese of Amritsar in India, and some individual parishes in the United States which maintained an Anglican identity when entering the Catholic Church under a “pastoral provision” adopted by the Congregation for the Doctrine of the Faith and approved by Pope John Paul II in 1982. In these cases, the Catholic Church has frequently dispensed from the requirement of celibacy to allow those married Anglican clergy who desire to continue ministerial service as Catholic priests to be ordained in the Catholic Church. In the light of these developments, the Personal Ordinariates established by the Apostolic Constitution can be seen as another step toward the realization the aspiration for full, visible union in the Church of Christ, one of the principal goals of the ecumenical movement.