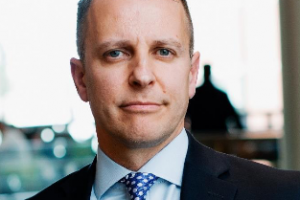 Big corporations are increasingly in the business of social politics these days. It’s all under the banner of corporate social responsibility (CSR). And Boston-based Cone Communications reports that the public’s appetite for it is growing. The consulting organization’s research points to 2017 as a watershed year saying that it marked the moment when consumers demanded more from business than simply offering outstanding products and services.

Cone’s research finds that “87% of customers will purchase a product because a company advocated for an issue they cared about and 76% will refuse to purchase a company’s products or services upon learning it supported an issue contrary to their beliefs.” Cone explains that customers are demanding that companies show not just what they stand for but what “they stand up for.”

Considering that consumers are often also job seekers and investors, CSR has an impact on a wide range of economic behaviors. Broadly defined, CSR is the perspective that companies need to be reactive to societal needs. But what does that really mean? What types of activities does CSR include?

Which beliefs do companies favor?

The last several years provide some high-profile examples. And, from a Catholic social teaching perspective, they are unsettling.

A letter signed by CEOs from 180 companies seems to sum up the corporate position: state restrictions on abortion threaten “economic stability” and impair companies’ ability to keep “businesses thriving.” In other words, babies aren’t good for business. New moms may not prioritize the morning shift. Or product meetings. Or overseas trips to inspect production.

In 2017, North Carolina passed a law requiring people to use the public bathrooms that correspond with their birth gender. The reaction from big business was swift. The NCAA announced a boycott of the state. PayPal, Deutche Bank and Adidas canceled jobs projects. CEO and founder of VoxPro Dan Kiely declared the law bigoted.

Cloaked in woke “tolerance”, these companies were clear: any law aiming to protect little girls from having to use bathrooms alongside adult men should not be tolerated.

Protecting business providers from violating their own religious beliefs

In 2015, the state of Indiana passed its “Religious Freedom Restoration Act.” The law sought to protect business providers against having to offer services that violated religious beliefs.

PayPal stressed that opposing the law was a matter of “basic human decency.”

Not to be outdone, the NCAA entered the fray. So did its professional counterparts; the NBA, the WNBA, the Indiana Pacers, the Indiana Fever and NASCAR each did the same.

Yelp CEO Jeremy Stoppelman put it this way: “It is unconscionable to imagine that Yelp would create, maintain, or expand a significant business presence in any state that encouraged discrimination.”

The message: socially responsible people abhor bigotry. If you hate discrimination like we do, you’ll discriminate against the religious.

Most recently, Texas has begun considering passing its own law to protect religious professionals – such as doctors – from being forced to perform procedures they deem morally objectionable.

Apple, Amazon, Google, Dell and Facebook are among the many corporate giants demanding the law be stopped.

Make no mistake – none of this corporate response – none – converges with Catholic Social Teaching.

From its roots in Pope Leo XIII’s Rerum Novarum through Pope John Paul II’s Centesimus Annus and continuing through Pope Francis’s Laudato Si, economic actors are unmistakably and repeatedly reminded of their responsibilities and obligations.

Respect for human dignity. Reverence for the human family. An appreciation for the centrality of faith as an intermediating force between employer and employee and between business and mankind. Solidarity tempered by a robust respect for subsidiarity.

All guided by authentic virtue aimed at discerning right from wrong and helping to navigate the path toward the common good.

Catholic teaching is unambiguous: Corporate policies which advocate abortion up to (and after!) the moment of delivery are not socially responsible. Neither are those ordering people of faith to abandon their beliefs when they leave the pews and return to work on Monday. Nor are those which bully the scared into parroting the line that “a Y is an X.”

Advancing any of these policies in the spirit of “friendship” is a bastardization. Which begs the question: to whom are the corporations that take these positions answerable?

The short answer: us.

Despite the headlines, Pew reports that the Catholic Church remains larger than any other single religious institution in the United States. It serves roughly 51 million Catholics in over 17,000 parishes nationwide. This amounts to approximately 21% of the nation’s population.

Catholics come from diverse backgrounds: 59% are white; 34% are Hispanic, 3% are black, 3% are Asian and 2% are another ethnicity.

Among millennial Catholics, about half are white and half are Hispanic.

In recent generations, we have dispersed geographically, moving from our traditional bases in the Northeast and Midwest to all corners of the country.

Moreover, American Catholics continue to represent a significant economic force: 26% have a college degree, 10% have a post-graduate degree and almost 20% have incomes greater than $100,000. And, importantly, the fertility rate among adult Catholics (2.3) is still above the national average.

And Catholics themselves should pray both for the prudence and fortitude to act accordingly.

Ronald L. Jelinek, Ph.D., is a Professor of Marketing at Providence College. His work has been published in numerous academic journals including Journal of the Academy of Marketing Science, Industrial Marketing Management and Journal of Personal Selling & Sales Management, among others. He may be reached at rjelinek @ providence.edu