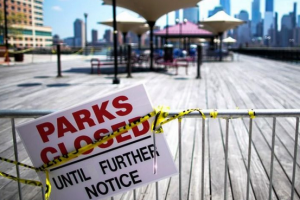 National Review—We’re not just living through an earthshaking pandemic.  We’re living through a new crisis in which a highly virulent virus arrives at the very moment when ubiquitous media coverage, global interconnectivity, and a certain amount of scientific conformity amplify everything.

All of this has combined to create an unprecedented public-policy response. For the first time in history, we’ve effectively quarantined the healthy population while also practicing social distancing and protecting the old, vulnerable, and frail. Even public-health experts such as Doctors Anthony Fauci and Deborah Birx admit that an economic lockdown is an untried and untested theory.

Just how much so can be seen if we look back at how the U.S. — and indeed the world — handled the now largely forgotten 1968–’69 Hong Kong flu pandemic. It was an especially infectious virus that had the ability to mutate and render existing vaccines ineffective….

Hundreds of thousands were hospitalized in the U.S. as the disease hit all 50 states by Christmas 1968. Like COVID-19, It was fatal primarily to people older than 65 with preexisting conditions.

The Centers for Disease Control reports that it killed more than 1 million people worldwide, more than 100,000 of them in the U.S. Luckily, a vaccine was developed early — in August 1969. But the Hong Kong flu is still with us as a seasonal malady.

I am just old enough to remember the Hong Kong flu. Like the majority of those infected, I didn’t get sick. But my family lived down the road from Travis Air Force Base in the Bay Area, the main return point for soldiers coming home from Vietnam in the fall of 1968. Living near the place of that flu’s first contact piqued my interest, and I recall preparing a school report on the virus.