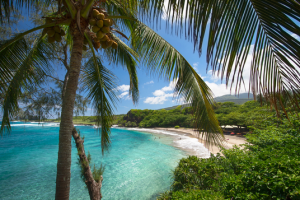 Trouble in Paradise: Hawaiian court to consider whether baseless lawsuit against Oahu churches will continue

Alliance Defending Freedom attorneys representing two Hawaii churches are well-prepared for this Friday’s hearing (December 4, 2020) in state trial court regarding a baseless lawsuit that two atheists filed before leaving the state years ago.

The two activists filed suit to oust the churches since they didn’t like that local public schools allowed the two churches to meet after hours, as many other community groups are allowed to do.

The atheists filed the suit, Kahle v. One Love Ministries, under Hawaii’s False Claims Act, a law reserved for whistleblowers with inside information that someone has defrauded the government.

ADF attorneys are asking the court to rule in favor of the churches and dismiss the suit based on the fact that the two individuals who filed it, Mitchell Kahle and Holly Huber, make the counter-intuitive claim that the two community-service-oriented churches defrauded the state by paying the rates the schools’ officials charged them, which was less than the atheists thought should be charged.

Additionally, Kahle and Huber do not qualify as whistleblowers under the law because the rent and facility-use information they obtained shows no wrongdoing and is publicly available.

“Hawaii’s law is reserved for serious fraud cases involving actual whistleblowers. It is not designed to pit neighbor against neighbor, and it certainly should not be abused by those who simply have an axe to grind against religion,” said ADF Senior Counsel Ken Connelly, who will argue before the court on behalf of the churches.

“Furthermore,” Connelly continues, “the facts and evidence show that these churches were at all times truthful and that they not only paid what the schools required of them, they went much further—donating property improvements and volunteering their time. No one benefits from this suit except the two atheists bringing it, who stand to gain financially if they are successful.”

Kahle and Huber filed their original lawsuit in 2013 but have never cited a single instance in which the churches submitted a false statement to defraud the government.

In fact, in addition to paying all of their required rent, the churches have voluntarily made other substantial contributions to the schools.

For example, during the several years that One Love Ministries rented Kaimuki High School, the church community provided mentoring of Kaimuiki students; performed landscaping and maintenance of the school campus; replaced the floor of the auditorium stage; invested in remodeling all of the campus bathrooms; and removed graffiti from the school on a weekly basis, among other enhancements.

James Hochberg, one of more than 3,400 attorneys allied with ADF, is serving as co-counsel on behalf of the churches.