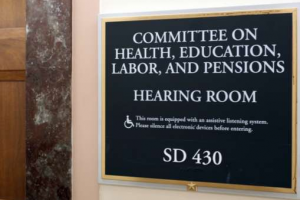 CNA—The House Committee on Education and Labor heard testimony June 25 on the Do No Harm Act, a proposed measure to limit the application of landmark religious freedom legislation.

The Do No Harm Act proposes to limit the application of the Religious Freedom Restoration Act (RFRA). Critics of the measure warned Tuesday that tampering with the law could hurt religious minorities who need its protections the most.

Matt Sharp, senior counsel with Alliance Defending Freedom, said during his testimony that at a time when certain religious freedom protections are unpopular, “RFRA is more urgent and necessary to ensure that the political whims don’t dictate whether an individual or an organization’s faith is respected.”

Sharp said that the Do No Harm Act would withdraw the “opportunity for relief” available to religious groups, “shutting the doors of a courthouse to a lot of individuals and organizations if their claims fall out of disfavor.”

Tuesday’s hearing on Capitol Hill also heard testimony from several witnesses for and against Do No Harm, including Reps. Joe Kennedy (D-MA) and Mike Johnson (R-LA), and Rachel Laser, President and CEO of Americans United for Separation of Church and State.

What is the Religious Freedom Restoration Act (RFRA)?

The Religious Freedom Restoration Act (RFRA) was passed by Congress and enacted into law in 1993, receiving unanimous bipartisan support in the House and passing the Senate by a vote of 97-3. President Bill Clinton signed the legislation.

RFRA was supported by leaders in both parties as a response to the 1990 Supreme Court decision Employment Division v. Smith, in which the Court upheld the government in a case involving two Native Americans fired after testing positive for the drug “peyote,” which they argued they had ingested as part of a religious ritual.

The law prevents the federal government from imposing a substantial burden on the sincerely-held religious beliefs of a person, unless it can establish a compelling government interest in passing the law and the legislation is the least-restrictive means of furthering that interest.

At the time of its passage, RFRA enjoyed broad support from both parties and from advocacy groups across the political spectrum.

“The reason all those diverse groups came together was because the Smith decision caused great alarm around the country,” stated Rep. Johnson in his member testimony at the hearing.

Prior to his time in Congress, Johnson served for nearly 20 years as a constitutional law attorney and a defense litigator in religious freedom cases.

The consensus behind RFRA’s passage was not, he said, a reflection of support for the men in the Smith case, but “the personal views of the lawmakers was not the point.”

“Everyone, both liberal and conservative, recognized that even the sincerely-held religious beliefs of small minority groups are important for us to protect,” Johnson said. “RFRA supporters understood that one day, it could be their own religious beliefs and practices that would be unpopular and face government scorn and restriction.”

“All RFRA provides is a fair hearing,” Rep. Johnson said. “[It] was created to provide a very reasonable balancing test” between sincerely-held religious beliefs and the government’s interest in federal law.

Supporters of the Do No Harm Act argued that, since its passage, application of RFRA has been broadened to allow religious groups to avoid complying with equality and employment laws.

Examples of RFRA in court

In 2014, RFRA was at the center of the Supreme Court case Hobby Lobby v. Burwell, a case in which the Christian owners of the closely-held for-profit company objected on religious grounds to the Obama administration’s mandate of provision of coverage for certain drugs that can cause abortions.

The Court ruled that Hobby Lobby was exempt from the mandate, which was not the least-restrictive means for furthering the government’s compelling interest of providing contraceptive coverage.

After that decision, critics claimed it violated women’s right to obtain healthcare coverage – including contraceptives, sterilizations, and abortifacient drugs. Legislation was introduced in Congress to limit the use of RFRA in religious freedom cases.

In 2019, Reps. Bobby Scott (D-VA) and Joe Kennedy (D-MA) reintroduced the “Do No Harm Act” to forbid the use of RFRA against “equal opportunity and protection against discriminatory laws, protections in the workplace and against child abuse, and health care access, coverage and services.

“Over the years,” Rep. Kennedy explained in his member testimony on Tuesday, “RFRA has morphed from a shield of protection to a sword of infringement.”

What is the proposed Do No Harm Act?

“Religion has played a vital role in our nation’s history,” stated Rep. Scott in his opening remarks at Tuesday’s hearing, helping fuel social justice causes such as the civil rights movement and child labor movement. Yet, he said, it has been used as a “pawn” to justify segregation and discriminatory attacks.

New conscience protections, introduced by the Trump administration for health care workers opposed to procedures such as abortions, were cited as a discriminatory practice that was protected by RFRA but against the original spirit of the law.

Opposition to the contraceptive mandate, notably by groups like the Little Sisters of the Poor, was also argued by supporters of the Do No Harm Act to be an unreasonable religious exemption under RFRA, along with religious adoption agencies only placing children with opposite-sex couples—or even with couples from a certain church or Christian denomination.

The Do No Harm Act would “restore RFRA to its original purpose,” Kennedy said. “If civil liberties and legal rights exist only in absence of a neighbor’s legal objection” then they’re not rights, he said.

Rachel Laser, CEO of Americans United for Separation of Church and State said that the proposed legislation would prevent RFRA from being “misused for something that it wasn’t originally intended to do.”

Against the arguments of Kennedy and Lasser, Congressmen Sharp and Johnson both testified that RFRA does not disproportionately benefit Christians at the expense of other groups.

In 25 years, Sharp argued in his written testimony, only 16.3% of appellate court religious freedom cases under RFRA were successful—“in other words, the government almost always wins,” Johnson said.

“Critics of the Hobby Lobby decision insisted that the decision would ‘open the floodgates’ to all sorts of new claims under RFRA and to ‘impose Christian values in America and use religious freedom as a license to discriminate.’ That simply has not happened,” Johnson said, citing a Becket Fund study showing that Christians were actually underrepresented among the religious groups making claims under RFRA.

The bill, if enacted, “would eviscerate one of the most important and widely-regarded laws that’s ever been passed by the Congress,” Rep. Johnson said.

Rep. Virginia Foxx (R-NC) dismissed the argument that RFRA was being used to protect unfair discrimination in health care, “that is not what RFRA is about,” she said.

“RFRA is not about denying anything to anybody except the freedom of religion—the Do No Harm bill will deny that.” 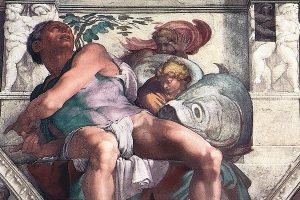