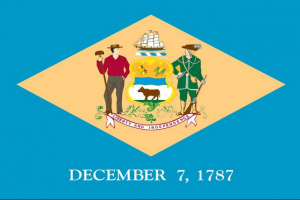 CNA—The governor of Delaware has amended controversial restrictions on houses of worship after a local church threatened a lawsuit.

In an updated guidance released by Gov. John Carney (D) on the evening of June 2, the number of people who are allowed to gather in a house of worship was adjusted to match that of other businesses during the phased reopening. Additionally, previous limitations on baptisms and the distribution of Communion are now encouraged, but not mandatory, according to the June 2 guidance.

“Special services, such as baptisms, initiations, weddings, and funerals are permitted, but pose significant health threats if strict social distancing, hygiene and other measures are not taken to decrease the spread of the COVID-19 virus,” says the updated guidance.

The only express prohibitions in the updated guidance are the sharing of microphones, the sharing of food or beverages between people who do not reside in the same household, and the passing of a collection plate.

The changes came after a lawsuit was filed by the Rev. Dr. Christopher Alan Bullock, who is the pastor of Canaan Baptist Church in New Castle. Bullock argued that the restrictions that had been placed on houses of worship, but not other categories of essential businesses, were unconstitutional.

Previously, the houses of worship were held to a hard limit of 10 people allowed inside, instead of a percentage of the listed fire capacity. Services were encouraged to be outdoors if possible, choirs were banned, masks were required, and those who were over the age of 65 were instructed to stay away from a house of worship. Additionally, the older guidance prohibited a worship leader from holding a congregant, including for a baptism.

These things are now discouraged, but not banned.

Bullock’s lawyer argued that the guidance prohibiting a pastor from touching someone being baptized was discriminatory, as there was no similar ban on person-to-person contact for a Jewish circumcision or for a childcare worker taking care of a child.

Earlier on Tuesday, attorneys for the governor said that there would be changes made to the guidance for houses of worship in order to comply with the First Amendment.

Robert Krebs, the director of communications for the Diocese of Wilmington, told CNA that the diocese had “been working very closely with the governors” of states in its territory, and has “tried our best to comply” with various orders and regulations.

The Diocese of Wilmington includes the entirety of the state of Delaware as well as the eastern shore of Maryland.

Krebs remained hopeful that the diocese would be able to continue collaborations with state authorities as reopenings continue.

“We found that both Governor Carney’s administration and Governor Hogan’s in Maryland have been very willing to listen and open to suggestions,” said Krebs. “We have no reason to believe that won’t continue.”