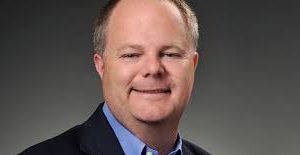 Friends-good morning.  I came across this passage from In Conversation With God and would like to share it with you.  It really made me stop and reflect this morning and I hope you also find it helpful.  Have a great day.   In Christ, Randy

“Our Lord asks everyone to give good example in their daily lives and in a fruitful apostolate.  There are many admirable examples around us, but we have to pray that, among Christians, those who lead and govern, people of influence, parents, teachers, priests and everyone who is any way a good shepherd for others will grow daily in holiness.  The world is in need of living examples.

“Christ is the fullness of unity of life; his words and deeds are profoundly consistent.  What He says is perfectly consistent with what He does, which is always something marvelous and complete.  We have seen strange things today, as people said when He had forgiven the sins of the paralytic man and cured him.  Even the Pharisees exclaimed disconcerted: What are we to do?  For this man performs many signs.  However, they rejected the witness of the deeds and so became blameworthy: If I had not done among them the works which no one else did, the would not have sin.  On other occasions He invited them to believe through what was obvious to all: Believe for the sake of the works themselves.  Our Lord considered his deeds a means of making his teaching known: These very works I am doing bear me witness.  Christ proclaimed the marvelous truth of revelation in word and deed, both in his hidden life and his public ministry.

“We have to show everyone that Christ is still alive by living heroically the events of our daily lives.  The apostolic vocation which we all received at Baptism means giving witness in word and deed to the life and teaching of Christ.  People said of the early Christians, See how they love one another!  The pagans were really edified by this behavior and those who conducted themselves in this way had favor with all the people, as the Acts of the Apostles tell us.

“Normally Our Lord asks us to give a Christian witness through our ordinary lives, engaged in the same ways of earning a living, tackling the same concerns as other folk.  We have to act in such a way that others will be able to say, when they meet us:  This man is a Christian, because he does not hate, because he is ready to understand, because he is not a fanatic, because he is willing to make sacrifices, because he shows that he is a man of peace, because he knows how to love.”