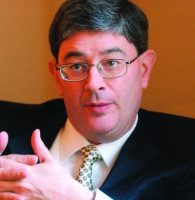 First Things—The medieval Jewish sage Maimonides counted 613 commandments, or mitzvot, in the Law that God gave his people, Israel. The 20th-century Jewish philosopher Emil Fackenheim, who escaped the Nazis’ genocidal clutches and devoted part of his scholarly life to pondering the moral meaning of the Holocaust, formulated what he called the 614th commandment: Give Hitler no posthumous victories. And how would Jews violate that “commandment?” By religious Jews denying the providential role of Israel’s God in Jewish life; by secular Jews abandoning the notion of Israel as a unique people with a distinctive historical destiny; by Jews acting toward other Jews in ways that tore at the spiritual and moral bonds that bound the people of Israel together.

Don’t give Hitler what he wanted, the utter destruction of the Jewish people, for that would be giving him a posthumous victory: This was one great lesson Emil Fackenheim drew from his reflections on the profound evil of his time and its effects on his people. Catholics filled with righteous anger over the vile behavior of the former archbishop of Washington, Theodore McCarrick, and Catholics determined to help reform the Church in order to cleanse the Church and prevent similar wickedness in the future, have something to learn from Rabbi Fackenheim. In our case the lesson must be: Don’t give the Evil One victories.

The depth of the challenges facing U.S. Catholicism are coming into painfully clear focus; but in facing those challenges, we must not give Satan cheap victories by denying how we think and who we are as a Church.

Sixteen years ago, in The Courage To Be Catholic: Crisis, Reform, and the Future of the Church, I argued that… Read More>>