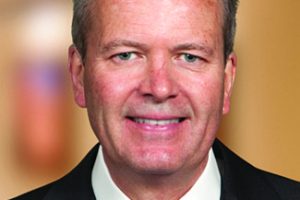 WHAT IS IN STORE FOR 2019 : Good News, Perseverance, Enduring Hope

We are in very tumultuous times in the stock market. One day it is down 600 points and the next day it is up 1,000. But this isn’t the time to panic. After 10 years of very cheap money which has driven up asset prices, including the stock market, the Fed has been normalizing interest rates which grew and helped strengthen the economy.

This year Gross Domestic Product (GDP) growth is 3%, which is the first time GDP has exceeded 1% in 10 years. Unemployment is at an all-time low below 4%. Wages increased, and continue to do so, for the first time in quite a while.

Last year, the Trump administration and Congress adopted tax changes that cut corporate income taxes and provided incentive to those expanding their businesses, especially in areas known as “Opportunity Zones” that include many of our urban cities.

The recent correction in the stock market drove major stock indexes down 6% for the year for the first time since the 2008 downturn, but it hasn’t shaken the strong economic path we are currently pursuing. Although scary for some, it is overall a healthy correction.

Many young people who entered the work force after 2009 have never experienced a downturn. In contrast, I have been through many downturns and have seen that the U.S. economy always recovers, normally within one year. Just when everybody says it will never be the same, that’s when new opportunity is revealed.

A major reason for economic adjustment when the fundamentals seems very strong is that Trump is trying to correct a long-term trade problem, a major trade imbalance, which we continue to have with China and which has not been addressed by either political party.

This trade imbalance with China challenges our national security, but if a pact ending tariffs can be reached between China and the U.S., and the trade balance equalized, we will see a deeper restoration of the economy. Economic slowing in China is not healthy for either the U.S. or for the Chinese political environment, so both nations are encouraged to work out a deal.

Free trade is good, especially for the world-wide consumers. Protectionism is not healthy even for the protected country. Japan is an example of how protectionism destroys a vibrant economy and industrious people.

Because of our entrepreneurial structure with limited government compared to Europe and Asia, American ingenuity is so creative. It opens the door for genuine, even radically disruptive and beneficial, innovation.

For example, in 1974 Congress prohibited the exporting of domestic oil because we were dependent on the Middle East and other oil-producing countries. Congress figured that if we exported our domestic oil, it would create even greater dependence on imported oil. By 2008 oil was at $160 a barrel and everyone said we would never see oil break blow $100 again. But in reality, thanks to a political environment that allows our problem-solving creativity to develop, oil has dropped to $48 a barrel today, just 10 years later.

Until recently the United States was a net importer of oil. That has changed because the United States, through ingenuity, discovered new oil reserves. We are now completely independent of all outside oil and natural gas resources, and we have transitioned to becoming a net exporter of oil.

Fearing the U.S. dependency on foreign oil would happen, in 2016 OPEC attempted to collapse the U.S. market by dumping oil to reduce the price to $35 per barrel, thereby causing U.S. domestic oil producers to go broke for good.

But that didn’t happen.

Instead, American ingenuity further reduced the production cost and found more capacity, so in some instances American oil producers can make money at $30 a barrel. In the last five months of 2018, American creativity increased the oil production in the United States by the exact amount that OPEC reduced it to prop up prices once they realized they could not break the American oil industry. The U.S. now produces 1 million barrels per day.

This problem-solving creativity included using technology, drones and new fracking methods to find oil and natural gas reserves no one imagined the U.S. had within its access.

We all know many of the great inventions and opportunities created in the technology world that has expanded outside of San Francisco. More capital and ideas are leading us to disruptive innovations such as self-driving cars that are expected to reduce the need for existing cars by 85%. It is estimated that this will reduce fuel consumption and increase the remnant real estate available for use other than parking. Look at the multi-faceted opportunities Uber and Lyft have brought us in the last five years.

There are also major improvements in health care that are expected to extend our lives to 125 years old. Cancer is reportedly down 27% in the last 25 years and many predict terminal cancer may be eliminated in 25 more years. Since 1975, 80% of those living below the poverty level have been lifted up through technology and free market economy. All of this has and will improve human flourishing, which is part of God’s plan for mankind.

Back to perspective. There are always adjustments in the economy and those are healthy. It allows for the cleansing of bad ideas and the floating of new ideas. Indeed, the long term prospects are very optimistic.

Regarding our Catholic issues

We now have 53 Republican U.S. senators, of which 51 are pro-life, plus Vice President Pence, who is solidly pro-life and who casts any tie vote in the House. This is a great accomplishment, particularly after a mid-term election. Yes, the majority of the U.S. House of Representatives was lost to predominantly pro-abortion legislators belonging to the party opposite of the current occupant of the executive branch, but that has always happened except twice in history of the republic. Actually having a pickup in one house, such as the Trump presidency achieved in the U.S. Senate last November, has only happened seven times in the history of the republic.

The divided Congress will have to work diligently to work out deals, but the U.S. Supreme Court is now headed to a 40-year hiatus of U.S. Constitution-abiding judges who are likely to protect our religious liberty, protection of life, and traditional marriage. We have a lot to be thankful for.

2018 was the worst year for church scandal in recent memory. Even the scandals which resulted in the 2002 Dallas Charter (established by the U.S. bishops for the protection of children and young people) did not compare to what we are seeing today.

However, we need to realize that the scandal today really is not about minor abuse although that is what is being promoted. The discipline of minor abuse has been significantly improved after the Dallas Charter of 2002, which required suspension of any priest or deacon who had credible evidence against him and, when proven, outright removal without rehabilitation.

Yes, the Dallas Charter did not include the bishops and apparently that presented a whole new problem. The last six months saw many frustrated after the infamous Vigano sworn testimony that serious allegations, including abuse allegations directly pointing to some bishops, have not been investigated nor had they been proven inaccurate. Some criticize what Archbishop Vigano said and how he said it. Others applaud his candor. Put simply, there is no good way to expose corruption. Regardless, the Vatican must investigate it so that all of the lay and ordained faithful can know there is transparency in our Church.

Some say they are embarrassed to be Catholic, but that is part of the suffering we must endure, especially to purify our Church. I wish the suffering did not have to come in the form of a scandal but necessary purification is underway.

The bishops and priests to whom I speak are committed to reform. They want to follow the wider process, but they are also committed to encourage and drive the reform in their own diocese and throughout our nation. I am certain cooler minds will ultimately prevail and a solution will be found to better govern our bishops.

As of this writing, the bishops have just completed a retreat encouraged by Pope Francis at Mundelein Seminary in Chicago. Representatives of bishops will then go to Rome in late February to deliberate a solution to this scandal. I pray that the scandal goes beyond addressing the abuse of minors and focuses on the need for a call to holiness by all of the lay and ordained faithful.

If our clergy are to be celibate, then that is what they should be. If, after going to confession and spiritual direction, an ordained person who has taken a vow of celibacy cannot continue with that vow, then that ordained person should ask the bishop or superior to be released. We need to more carefully supervise our seminarians and the discernment process to assure we promote celibate life.

I believe we will see significant change in the governance of the diocese, in how bishops oversee each other and in how they interact with the Vatican. It will take time for this to be addressed and I am hopeful by the end of this year we will have a solution.

Justice demands an investigation of the McCarrick scandal and the cover-up that may have occurred. This must be insisted upon by the USCCB and their representatives.

Most of this decision-making is outside of our individual control. And yet, we are truly One Body in Christ. We have plenty of opportunity through prayer, alms-giving and fasting to purify ourselves and return to holiness. We have opportunity in our daily lives, to feed others with love and to lead the faithful within our spheres of influence in Christian life that will testify to our guidance and leadership. Through that, we will achieve much in the way of Church reform.

May God continue to guide and bless each of you in this year, the last of the second decade of the third millennium.