Court-packing: What is it? Why is it Unconstitutional? Historical attempts, and What is Happening Today…

A group of Democratic lawmakers has launched an effort to let President Biden appoint four new Justices to the Supreme Court. Their stated purpose is to change the balance on the Court so that it will approve the Democrats’ liberal policies. This is a highly questionably and likely unconstitutional practice known as “court-packing.”
President Biden has also formed a commission to explore possible structural changes to the Supreme Court, including court-packing. One threatened change would be to increase the number of Justices. Another would impose term limits on the Justices. Either of these would increase the president’s ability to make partisan appointments of like-minded Justices to outvote the current Supreme Court Justices and control future Court rulings.
Court-packing would violate the Constitutional separation of powers by allowing the president and Congress to control the Supreme Court, effectively ending the system of checks and balances that is so basic to our three-branch government. It would destroy the Court’s ability to act as an independent arbiter in judging whether acts of Congress or the president are Constitutional, as established by the 1803 case Marbury v. Madison, probably the most important case in Supreme Court history. Supreme Court legal scholars have referred to Marbury as a “super-precedent,” settled Constitutional law built into the very fabric of our government.
Marbury vs. Madison began as a court-packing case when a Federalist Party Congress created new judgeships to be filled by the outgoing president, John Adams, in order to preserve that party’s control over the Court system and frustrate the agenda of the incoming president, Thomas Jefferson.  Decided more than 200 years ago, shortly after the country was founded, Marbury established the Court as a co-equal branch of government necessary to maintain essential checks and balances to protect all of our rights. Under Marbury, the courts are to act as independent interpreters of the law with power over Congress and the president in matters of Constitutional interpretation, not a subordinate political arm under the president and/or Congress.
Court-packing would effectively change our government to a two-branch system with no protection for groups that are out of favor with the majority. We have seen this time and again throughout history in other countries when minority groups are deprived of their legal rights with no independent Court system to protect them. Considering the propensity of “progressive” judges to push legal limits, a Supreme Court “packed” with liberal Justices could spell the end to a lot of our First Amendment rights of free speech and religion and the Second Amendment right to keep and bear arms.
While the Constitution does not specify the number of Justices on the Court, the number has been fixed at nine for almost 160 years, when the Judiciary Act of 1869 became law.
In 1937, Franklin D. Roosevelt, a liberal Democrat, tried to change the number for political purposes but then backed down after a public outcry.
Just this year, Supreme Court Justice Stephen Breyer, a generally liberal member of the Court, came out strongly against court-packing, noting that it would erode public trust in the Court’s decision making. The late Justice Ruth Bader Ginsburg also spoke against any efforts to pack the Court, stating that the number of justices should stay at nine.
Even if the proponents of court-packing do not care about checks and balances, they should still consider whether such political manipulation of the Court might someday backfire on them and their party. It would set a dangerous precedent, inviting future presidents and Senate, whether Democrats or Republicans, to continue increasing the number of Justices as needed to result in a majority that will do their bidding. We could envision hundreds of Supreme Court justices someday and ever-changing case law on critical subjects like free speech, abortion and gun control, flipping back and forth depending on the political party currently in power.
Besides the loss of judicial independence and inherent conflict with the principles of Marbury vs. Madison, “court-packing” would also violate the Constitution’s “necessary and proper” clause. Since Congress has no express authority under the Constitution to change the size of the Supreme Court, it can only do so if “necessary and proper” to carry out its other powers. Even if it could be theoretically proper to change the size of the Court for non-partisan practical reasons, such as managing caseload, there is nothing “necessary” or “proper” about expanding the Court or changing its structure in order to orchestrate future Court rulings.
Court-packing or any other partisan political manipulation of the Supreme Court would undermine the Court’s independence, effectively resulting in a two-branch government controlled by the executive and legislative branches. None of us would be safe from potential government overreach or even downright tyranny without an independent judicial system.
———— 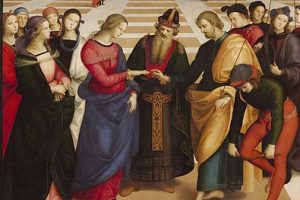